When Nintendo decided to launch their first one the faith in home consoles was destroyed by low quality games published for Atari. Their solution for recovering confidence was a marketing strategy, putting a "Nintendo approved" label in their games. Assuring that they where, supposedly, tested to find if their quality was acceptable and lacked inappropriate content.

While the first can be doubtful seeing some of the thing they licensed the second became one of the labels of Nintendo. Mainly in North America, the heavy self-censorship eliminated any reference to politics, religion, sex, drugs or anything similar, mutilating games like Maniac Mansion or hiding pieces of the game in a silly way. Crosses were changed for R.I.P., dialogs edited and statues covered.

To keep the things this way the console had a protection chip, a cartridge without the correct code would not be loaded, but it was easy to avoid and the unlicensed, and pirate, games appeared in big cuantities. Many of them where new games made without Nintendo's approbation. Some where religious games, other where shooting additions to the not too big zapper games collection and many kept being published, and made, years after the death of the console.

The NES, which means Nintendo Entertainment System; or Famicom in the east, from family computer I think; was also the first console to get add-ons. Not just things like the light gun, the zapper; but a modem or a system to read floppy games, both limited to Japan. The Famicom Disk System offered a format cheaper than cartridges and that could keep savegames more easily. Some games where ported, some where created for it, a few hundreds in total, but the things didn't end as it was wished. Soon it was discovered how easy was to make pirate copies of the disk, the cartridges price lowered and also the disks couldn't host the expansions some cartridges had.

Nintendo abandoned it, but another solution to the price appeared in America from another company. The Aladdin disk had all the main pieces of a cartridge, you just had to buy the game itself, a small memory storage to be put it in a slot of the thing and then put the complete cartridge in the console. Their games were not as good as the idea.
In the end this console lived for years, got a horde of games, many of which, like the Atari ones, are little more than electronic toys; and marked the way to be imitated by the next consoles. And allowed Nintendo to start a career that spawned some of the worst and the best games and game related things. 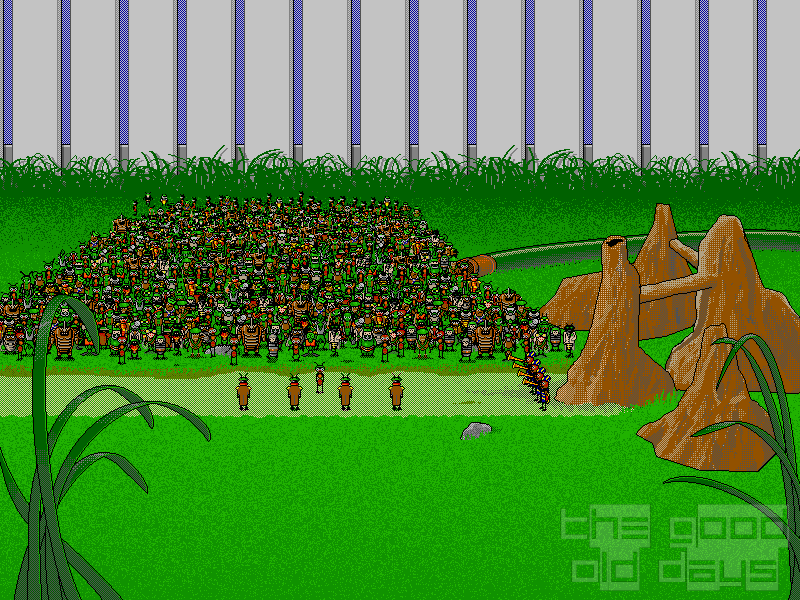