The IBM PC line of computers dates back to 1981. The first models were equipped with an 8088 CPU running at 4.77 MHz and 16KB RAM. Quite impressive for the time, but the machine only came for a high price of $1500 and above (keep inflation in mind when comparing to today's prices).

What was really revolutionary about the IBM PC (and eventually became the main reason for its success to this very day) was the open architecture which allowed third party companies could build 'IBM compatible' PCs. This was a huge difference to the fully proprietary systems before and also thereafter.

The PCs standard operating system was MS-DOS. This command line - driven 16 Bit OS actually wasn't developed by Microsoft. They bought it (originally called 'QDOS') from another company, relabelled it and it became the foundation of their success.

As far as gaming is concerned, the IBM PC didn't really get interesting until the early and mid-90s. The only mentionable exception were Infocom with their great text adventures. This already hints at one of the PCs problems concerning gaming: its unsatisfactory graphical capabilities. Computers like the C64, the Apple Macintosh, the Atari ST and the Amiga were infinitely superior to the four-colour CGA standard. EGA could compete with the 8 Bit generation graphically, but when it became widely spread, 8 Bit computers were already dead - again, the PC was lagging behind.

Sound was even worse. By default, the IBM PC could only produce beeps intended for error diagnosis (that's actually still the same today, in case you didn't know). Programmers tried their best to 'abuse' this facility for simple tunes and sound effects, but the results were - in spite of best intentions - mostly horrible.

Last, but not least, the OS - while adequate initially - had quickly turned to be a problem. Microsoft had continued putting out new versions of 'their' MS-DOS, but it always stayed pure command line, without multitasking and its memory management was a huge mess. All this had been 'out of style' since the mid-80s on other systems.

In the early 90s, some of these problems were finally solved. VGA (256 colours at once with a common resolution of 320x200 pixels) became the common standard for graphics, most users not only owned additional sound cards, but a de facto standard had developed with Creative's Sound Blaster there. Intel 80386 and 80486 CPUs were finally able to handle even fast action games. And (probably the biggest advantage) harddrives had been standard since the XT days (while many competitors still saw these as optional). For the first time, the PC was on the vanguard of 'multimedia capabilities'. The spartanic MS-DOS still left a sour taste compared to the eye-catching GUIs of other computers, but it was a necessary evil.

Especially US-based companies were developing primarily for the IBM PC from then on. Until 1995/96, the PC was said to be a system mainly for an adult audience, thus genres like Adventures and Strategy thrived on it. Later, when it had become basically without alternative on the computer market (no offense intended), this changed, of course. That part of history is for sites with other focus to tell, though... 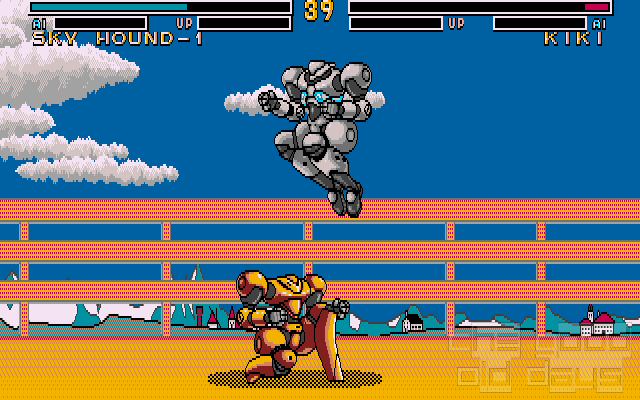