Although I remember playing with punchcards and teletypes when I was still a kid, I'm a bit of a latecomer to personal computing. I thought the Sinclairs were toys, the Commodores never appealed to me for some reason, and IBM's first efforts in that area seemed the epitome of Clunkiness.

I was very much into stand-alone digital hardware from the very beginning though, 'cause I was making music for a living when I was in my early 20s. Got my hands on one of the very first Linn drums, learnt every manual and MIDI implementation by heart, that sort of thing. So when someone told me about this little home computer he had that could act as a full-blown MIDI multitrack studio, I went to see if I couldn't leech it off him for a while.

The box in question must have been a 520ST. I didn't really bother to check the model, 'cause I was almost literally enchanted. It could do everything they'd told me, and judging from the stack of manuals and programming references the guy had sitting there, this thing actually promised to be more than a glorified console with cassette tape memory.

Couldn't persuade him to leave it with me for a while though, and I didn't have enough money to get one myself. Some time went by, I got married and stuff, and then I found what for me still is the Wonderbox of micros; a 1040ST with a colour monitor and a large box of games. I installed it in my den, and that was the last time friends or family saw me for the next 6 months or so. Got a b&w monitor too, an extra floppy unit, a hard disk, and finally a spare machine, 'cause I was afraid that maybe one day the original would break down.

All right, that's all very subjective of course, but: _everyone_ I've met personally, and who also favours the ST series, has had a similar experience. From the moment you start flipping through the game disks, discovering one ace quality game after another, you're hooked. Even the bad games aren't as bad as (*86) PC duds. Today still, after 100s, if not 1000s (thanks to Crazy Bytes, Twilight, etc...) of PC games under my belt, I can't think of more than a handful that really grabbed me by the boo-boo the way the good Atari games did. Or do, rather, 'cause I still have all the hardware and keep at least one emulator on a dedicated Unix account for when I'm travelling.

Why relatively 'primitive' stuff like Rick Dangerous, Silent Service, Ghouls/Ghosts & Goblins, F-16, Golden Axe, etc. work so well on the ST, whereas on a PC nothing really captured my imagination (save for Prince of Persia 2 and the first Tomb Raider instalment, to be fair), I don't know. It's not just the graphics, 'cause I'll gladly spent a few hours in Hunt, and enjoy text adventures too. I'm also certain that I'm free of bigotry like system/OS-bashing and silly stuff like that. Nostalgia can't be ruled out altogether, but you won't catch me jeopardising my sight for it. After all, those little ST monitors do tend to turn the optical nerve into a natural stroboscope.

I think it's safe to say that the Atari ST series simply is a genuine all-round, great little home computer. I haven't mentioned its capacities for development and connectivity here, 'cause it's a gaming site, right? Suffice it to say that if (s)he wanted, a professional could do just about anything you do on a modern *86 without much tearing of hair and/or throwing of mice.

The chinese have this fake riddle where a man is asked whom he would save in the event of his mom, his wife, and his kid all drowning at the same time. The expected answer is the mother, 'cause you can always remarry, etc. I don't agree with that on a personal level, but it sure makes sense when it comes to computers: if I were to choose between a mint 1040ST with all the peripherals, a new Mac, and a new IBM, I'd take the ST. Honestly... 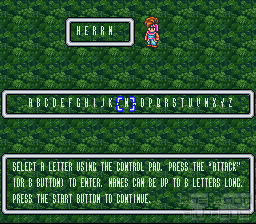