In 1989, The Game Boy was first released in Japan by Nintendo. Although its technical capacities were worse than those of other "handhelds" availiable (especially Sega Game Gear and Atari Lynx), the system soon developed to the most successful of its kind. A tiny monochrome display of 160 x 144 pixels, driven by an 8 bit processor and 8 kilobytes of RAM, was sufficient to transform a hardly profitable market into the figurehead of a huge corporation. The sight on the small screen was not the best one either, for it demanded a lot of skill to adjust the contrast and angel properly. A built-in speaker provided a corresponding mono sound, and by means of a cross and two buttons you took control.

Soon there were several additions for the Game Boy: A "magnifier" combined with a shiner for stealth playing in the dark, a hard plastic spout with a kind of joystick, external speakers, a link cable for multiplayer games, as well as numerous bags. A completely flop, however, was the Vitual Boy, an embarrassing helmet for blaming yourself on the way.

Finally, handier editions with coloured outfit were sold, which were soon followed by the Game Boy Color, offering a coloured display for the first time. In 2001, a new edition called Game Boy Advance showed a renovated look, and improved hardware performances.

Altogether, more than 500 games have been produced for the Game Boy, and many of them are classics. Although it still exists, the Game Boy has its most successful era during its original state and will most likely never achieve such a circulation again. 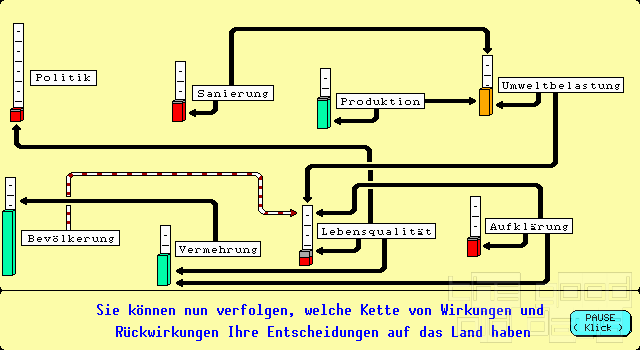