Zitat:
Unlike any other RPG that I've played, you don't make your character attack enemies, instead, your character attacks the enemies for you.
Can't remember this at all, but it does sound like a cool twist.
Zitat:
looks beautiful, especially when playing on a CRT monitor
Totally agree on that one: There are graphic modes which look so much better on a CRT. Maybe it's the more intense colours or the clearer picture. 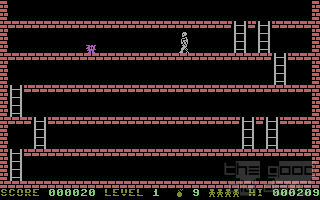