Wizardry: The Return of Werdna - The Fourth Scenario (ReturnOfWerdna-ReferenceCard.pdf.7z)

LostInSpace (2021-07-03):
Oh yes, those spinners are terrible! Truely uninspired game design. But on the other hand: what to do with a bunch of white lines on a black background.
[Reply] 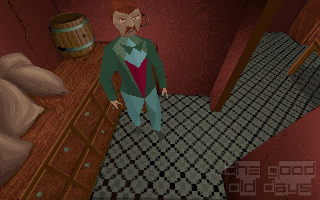