Mr Creosote (27.04.2020):
Zitat:
The game world is huge and you will encounter many levels (how big can a mansion be?).
Haha, nice observation

Mr Creosote (11.07.2009):
That would probably be Wonderland. The earlier games made by Magnetic Scrolls (The Pawn and The Guild of Thieves are on TGOD) use a fixed frame layout.
Wandrell (11.07.2009):
For what I recall reading somewhere, The Legacy engine was made from one made for IFs by Magnetic Scrolls. But I barely played their games so I don't know which. So this windows thing may well end being a direct copy from Deja-Vu, not even that they had the same idea.
Mr Creosote (11.07.2009):
Geschrieben von T-Pow um 10:34 am 11.07.2009:
you can customize the whole interface. Every window can be rearanged and rezized to fit the players needs. That was revolutionary when the game was released. I don't know many other games where you can do this.
Deja Vu did that in the mid-80s

Wandrell (11.07.2009):
Well, I barely touched that, windows were good enough where I had them and forgot.
T-Pow (11.07.2009):
Nice review for a good game. The only thing I am missing is the fact, that you can customize the whole interface. Every window can be rearanged and rezized to fit the players needs. That was revolutionary when the game was released. I don't know many other games where you can do this.
[Antworten] 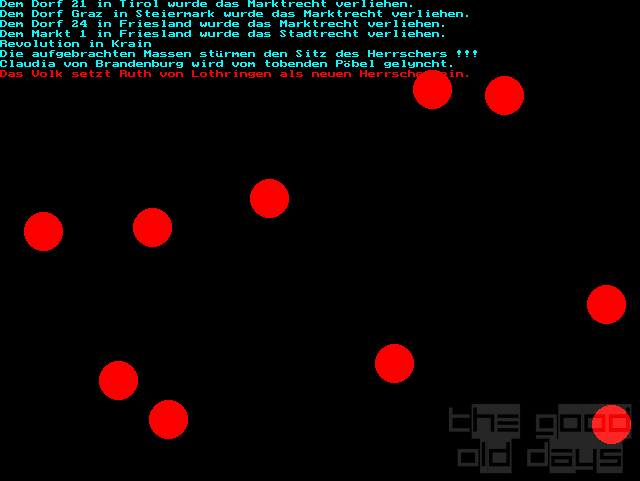