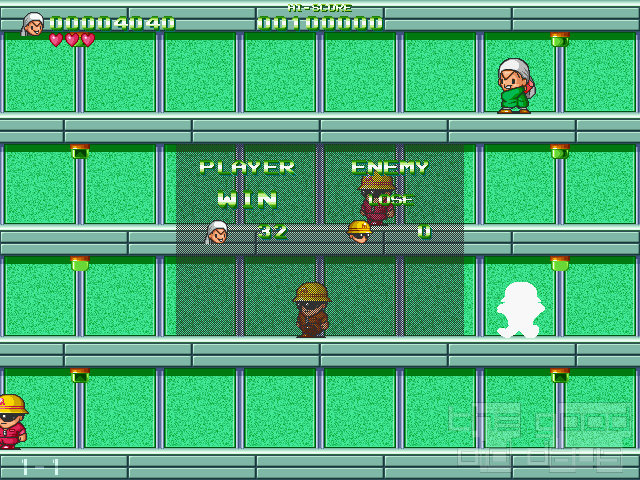 Who will be first to finish the walls of their scyscraper? Who is quick enough to beat their opponents and trick the guards? If this sounds like fun to you, you may try a game of Building Panic. One game was more than enough for me.

The game is very simple – after all, it is freeware. At the beginning of the game, you select one of two characters and off you go to the keyboard. To get you started, Q, W, E, R, return and the four cursor keys are relevant and most importantly Escape. That one will immediately quit the game without further confirmation, something I would like to applaud.

The game itself works in quite a simple way. Step by step, you start building a wall upwards across four levels. Once one wall is done, you move on to the next space. Beware of the guards who try to catch you, so you have to eiter avoid them of jump on their heads until they are eliminated. The opponents are also building walls and whoever finished most at the end wins. Things can also come to a premature ending if you lose all of your 10 lives, so beware!

When an opponent's wall is 'surrounded', it switches to your own colour, so you will also need some brains. The game is a mixture of jump'n'run and Othello/Reversi and it offers the option to steal two person's time in multiplayer mode.

The sound has been kept simple and somehow, it repeats itself every 5 seconds. From time to time, there is also some small sound going along with the animation. Not so great. Graphics are colourful and the highlight of the animations are their numerous errors. Hardly a brilliant performance, either.

Conclusion: Barf… it wastes space on the hard drive and stops being fun after five seconds. Hands off! It gets one point, because it is freeware, though even that is actually too much in my view – Othello and Reversi as well as real jump'n'runs are much more rewarding and fun. 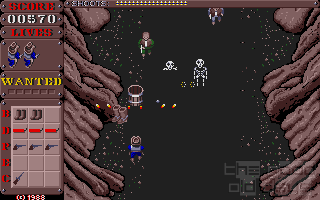