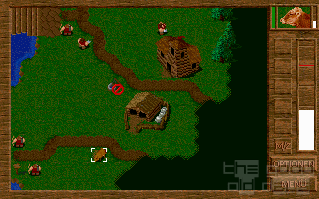 Victory is a real time strategy game which takes place in the area of today's Poland, roughly in the year 1000 A.D. Hence the original title Polanie. The game's first release came on six 3.5“ floppies and a CD version followed shortly after. The reviewed version comes from the Gold Games 1 compilation released in 1996. On CD #9, this gem of computer entertainment could be found. The game was developed by a Polish company called ”MDF", about which I could not find out anything. In Germany, the game was distributed by TopWare Interactive under the name of Victory.

Everything is completely in German, including German speech. In our family, the protagonists' lines have staples of our morning conversation. (“Yes, my lord”, “As you order, my lord”, or in later levels, after unlocking the sorceress, also “I'll kill you”. Not to forget the “Huh???” of the lumberjack

). The voice actors did a fabulous job.

Though let's talk about gameplay…

Mirko, the story's hero, returns to his native village after a long time. He realizes that all men, women and children have been slaughtered. He vows revenge and starts fighting all adjacent tribes, expanding his realm as he goes. The currency used in the game is unusual. It is milk. The more cows grazing on the meadows, the faster the milk stocks are growing, and that is important, because only using milk, you can build houses or produce warrior, magicians or knights.

The individual levels consist of different missions, like for example building a village or destroying another tribes. However, there are also missions like taking a cow from the start to a certain sacrificial altar. It is obvious that there will be enemies trying to prevent that at all costs.

The game's difficulty is enormous and sometimes frustratingly so. Although there are three settings (easy, medium and hard; only after the first mission, you can select the difficulty level), the game is hard even on “easy” setting. The enemies are hardly squeamish and never let you take a breath. After a couple of tries, you will begin to grasp the enemy's strategy and you can adapt. Though there is also danger coming inside your own ranks. If you've got a lumberjack cutting down a tree, you should not have anyone standing closely, because if the tree falls, it will crush anyone in the vicinity. I really like this small detail.

If you get out of the battle alive and victorious, but haven't actually won the mission, you will sometimes find holy places on the map where you can heal your complete crew. A really sensible and useful establishment to win levels.

A small hint: always keep a lumberjack with your soldiers. There are levels in which you have to cut down trees just to get to the enemy at all. Or you need him to cut a shortcut through the woods, which really makes some levels a lot easier.

Summing up, this is a game which is very addictive. Even if the graphics are quite meager, it is nevertheless incredible fun to put this game into your CD drive and produce milk in great profusion.

MEVVA:
Thank you
Klessi:
Feel free to share anything about Victory (1996) here!
[Reply] 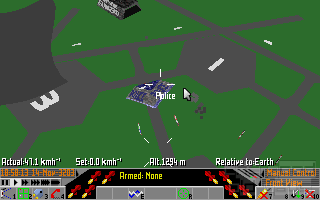