Link: The Faces of Evil
for CD-i 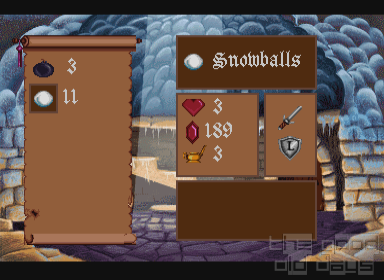 It's hard to give this game a fair chance. Not only is it on Wikipedia's list of universally hated games, but once you enter its title in your favourite search engine, you will get tons of videos of guys swearing a lot, apparently feeling pretty good about themselves for being such “witty” commentators. Right, because it's so elite to go with the flow and agree with everybody else! 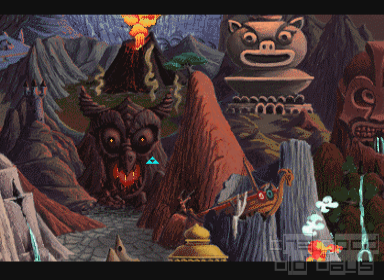 Where do you want to go today?

Me, I've never played any Zelda game in my life. My only memory of it is seeing my brother playing one on his Gameboy and me thinking that the music wasn't half bad. So this will definitely not be an analysis of how “faithful” it is compared to the rest of the franchise. Right off the bat, protagonist Link comes across as extremely unsympathetic. He complains about being bored and rejoices at the prospect of some evil guy invading the land – at last somebody to punch in the face! Not that it matters much in a jump'n'run game with a generic fantasy setting, but the forced “funny” tone doesn't exactly help motivation.

The second impression is rather more positive. The cut scene animations are quite smooth (even if their drawings can be ugly at times) and the in-game graphics are excellent! The hand-drawn backgrounds are beyond anything previously seen or even possible on the then common systems. It's a pity that they are completely static. In-game animations are not quite up to par, but nevertheless perfectly in line with the standards of the time. Music is even better: not only is it technically crystal clear, but its style is appropriately bombastic. 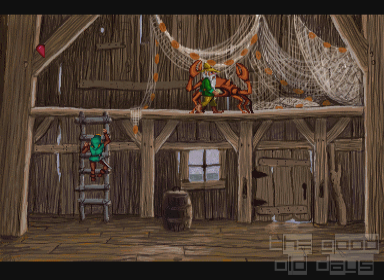 Gameplay is refreshingly non-linear, the approach being to have many levels, but those being short instead. The next level can be selected fairly freely from a big map, with the option to unlock further ones as you go. The player collects artifacts as he goes along, basically acting as progress gates. Since there are small puzzle elements, like closed doors or some enemies requiring special weapons to kill (especially true for the bosses), re-visiting levels may also be required. Which, in those cases, may be considered a positive point. Not so much when you're forced to do backtracking, because your light source ran out of oil again or you need more rope to cross another obstacle, which can get fairly annoying.

Difficulty could be considered moderate in general. Tight situations usually occur because of the game's habit to spawn new enemies out of nowhere in plain sight (i.e. in close vicinity of the player). The second fire button is overloaded with multiple functions (depending on state: throw a special weapon, enter a doorway or bring up the inventory screen), which results in a bit of hectic at times. Link automatically enters blocking position to avoid enemy blows after a second of inactivity, but it cannot be triggered explicitly. Striking while jumping is actually quite problematic and unreliable to carry out. Balancing this out again is the groundbreaking decision of giving the player unlimited continues, so frustration never gets the upper hand.

So overall, Faces of Evil is quite a solid production. Sure, it primarily impresses with surface values, like audiovisual elements. Playability, traditionally considered a strength of Nintendo games, is a bit of a mixed bag, but also some good decisions have been taken in this respect. So why not give it a fair try and see for yourself?

P.S. This may be the only game in existence which has its protagonist breaking the fourth wall to tell the player his disc may be dirty.

Mr Creosote:
There was a fairly big Youtube fad around it a couple of years ago.
Moebius:
Never heard of nor seen this one.
[Reply] 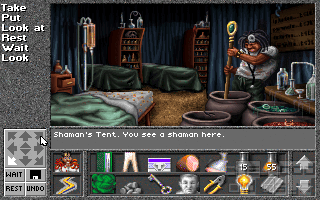