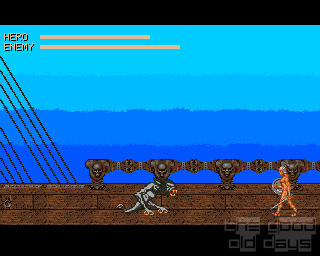 There's always a bigger fish: after conquering most of the formerly peaceful country, an evil wizard challenges the even more evil goddess Medusa… and is obliterated with the wink of her hand. Now Medusa's armies sweep the land instead. Only the power of the seven magical pearls of the luck goddesses could possibly put the Medusa's powers at bay. Unfortunately, they have been scattered to unknown places across the land in the battle of wizard vs. Medusa. 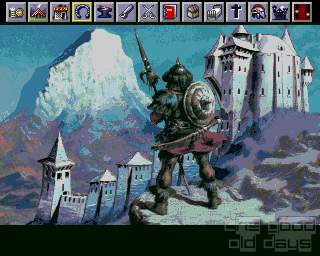 After the less-than-successful sequel, Starbyte tried to play it safe and simply remade the original. So… yawn… you may as well read the original's review and play that one, right? Pretty much, yes. Though it may at least be worth getting into the few differences apart from the graphical and musical facelift (which, admittedly, is a big – but ultimately needless – step forward).

Most noticeably, the gap which was the automatically calculated battle results has been filled. The player can now select between different ways to resolve a battle. First, one can drag units around the map in turn-based mode. This takes hours – way too slow to be really worth considering, and really, there are no possible tactics which would lead to any advantage anyway. Second, one can fight the enemy general head-to-head. Think an ultra-simplistic Street Fighter. Given the right tactics (since the enemy always acts in a recognizable pattern), it is actually possible to defeat superior armies this way. A similar head-to-head combat scene – just with bow and arrows instead of sword and shield – is used to fight dragons. Third, there is still the fallback of having the battle automatically calculated. 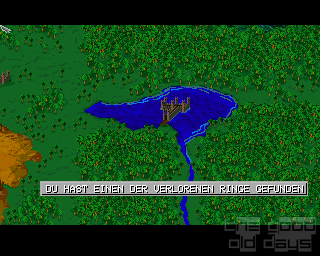 Interface and locations in the cities have been given a light reworking. What's interesting is that the latter have been diversified in the way that most cities do not have all the locations available. This makes the world a bit more interesting. The amount of routine work which plagues the original has not really been reduced, however. Although soldier race/unit combinations no longer have to be matched manually, there is still no button to simply hire everybody; and while it is now also possible to hire fully equipped and trained mercenary units, for regulars, the player now even has to select which exact weapon to use – down to the material of the armor! In the same vein, wizards can learn spells. 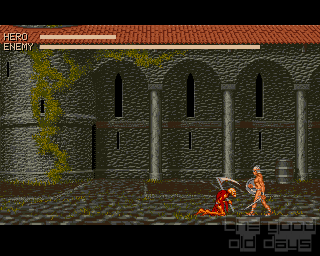 On the trade side, there are plenty of new goods. It's interesting that many of them are now not even sold on the central market, but rather in specific different locations (further diversification). Storage houses can be rented to keep goods in specific cities.

All probably well-intentioned, but really, where some of these changes maybe improve things a little, others may even make matters worse. Because if you don't perform all this micromanagement, you still don't have even the smallest chance of getting anywhere in the game. Even though it looks good and has fewer obscure icons, Rings of Medusa Gold hasn't turned out one bit more accessible. Its biggest improvement may very well be that it now has a title screen actually related to the game contents.