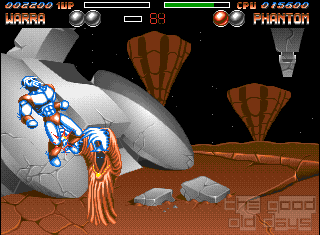 Well, if Capcom can do it, so can other companies. So Team 17 re-released their Body Blows in a new Galactic version. They didn't call it Body Blows 2. What has changed?

To be honest, it is pretty much the same game all over again. Just with a new setting: new fighters, new backgrounds, (some) new moves. Unlike the stream of Street Fighter II games, this is not an addition to the existing cast, however. Actually, only two characters from the first game have been carried over. Though both with new outfits and images.

The background is that there is now an intergalactic (who would have thought?) tournament of fighters. Two competitors come from each planet and each planet has got a strong theme; like for instance technology, elements or pre-historic animals. This actually addresses the main criticism held against the first part: the fighters now play much more distinctly and tactics to beat each also have to be found on case-by-case basis.

The basic control scheme, which had already worked well before, has been retained. An improvement in the details is that the special moves have become an even more valuable resource as the time to trigger them increases with repeated use. Good idea, as it prevents over-reliance on those even better.

The downside is that backgrounds look a little rushed and generally cheap. The colour-cycling waterfall may have been impressive in the mid-80s, but 10 years later? There is just too little detail in the scenery. Second, gameplay has become inexplicably slower. And last, but not least, the game is much harder. Which may be an advantage or a disadvantage, depending on personal taste.

Personally, I found it harder to get into. Which, in conclusion, leads to a similar overall quality level. It is said much too often, and really, Body Blows Galactic is not a case of “if you liked the first game, you'll like this one”. Rather, it addresses some issues, but at the expense of introducing new ones. It's not unlikely to have a different fan base (if one exists). 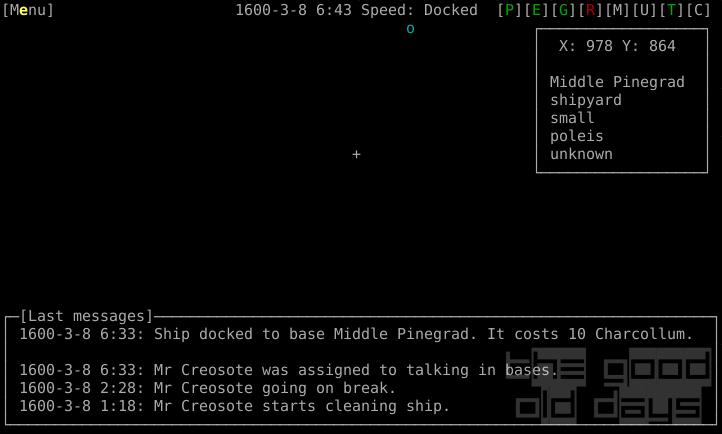