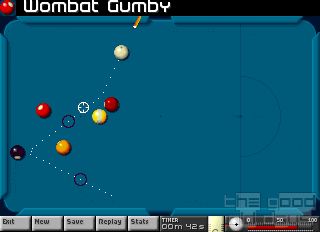 Not all sports translate well to the computer. Pool, in particular, is tricky, because it is essentially a geometry game. A computer player could easily pocket every single ball perfectly, as it could precompute the trajectories of all balls. Human players could be supported by showing exactly what would end up where before a shot is committed. Though where would be the fun in all of that?

Arcade Pool is designed as a party game, computer players only act as stand-ins. It ignores the 3D hype of the time and goes for an unrealistic, but intuitive overhead view. Players can set the direction and the power of a shot and also give it a spin if they like.

Human players are assisted by projected trajectories of where their ball would go with a hint of where the ball which will be hit will go off to. Though the latter is only hinted at with a rough direction. Meaning the developers found a good compromise to support, but not make things too easy.

As far as computer opponents are concerned, they are competent enough, but also not too perfect. They make random small mistakes which appear believable. So all is good in this respect as well.

Why is this not among the perfectly rated games then? It is true that within this genres, it won't get much better. Though the genre itself is rather limited. Sure, the variety of selectable game modes is vast — though whether something else than classic 8 or 9 ball would really have been necessary and indeed what the differences between English and American variants of those are remains unclear.

So it's really a good game as far as what it wanted to achieve. Its only issue is that it was never aiming very high. Fair enough. 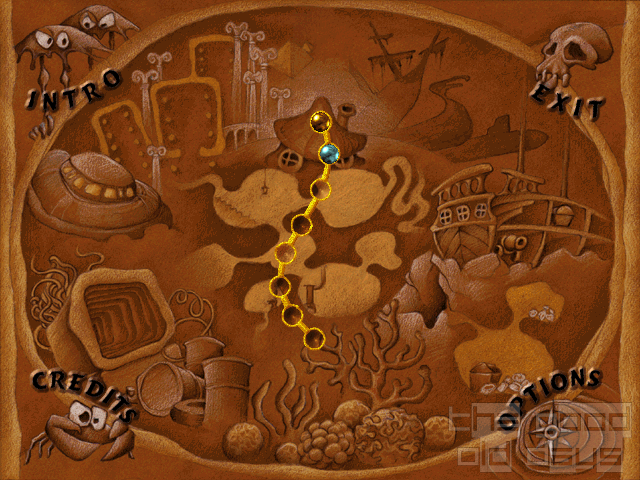