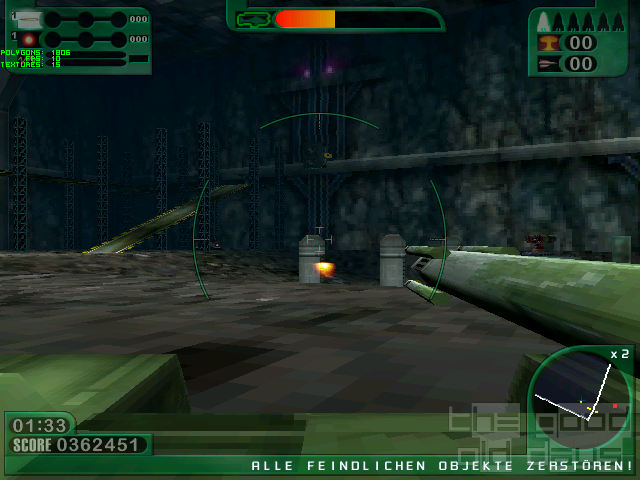 To give a fair review to a computer game of your own childhood is not an easy endeavor. Years and years after you played and owned the game you are either tempted to give a very heartfelt and nostalgic opinion or you feel the pressure to be extra strict and rational about the whole thing.

To avoid either one of these traps, I will try to present both perspectives in some way within this article. Thus, I hope, I will deliver a more complete picture of the game itself and the personal story of a younger me enjoying it back in the day.

Let's get to the facts

The game Extreme Assault, designed by a German developer named Blue Byte, was released to the world in 1997. Blue Bytes had gained some reputation and fame from their earlier strategy titles The Settlers and Battle Isle. So, a 3D ego-shooter like Extreme Assault marked a leap into a new genre for this developer. The brave player is sent out to kill evil, alien invaders using a futuristic helicopter or an advanced battle tank.

The game all in all contains 57 missions, scattered over six different areas and terrains. The player hunts enemies through green valleys, mining tunnels, various industrial facilities and, in the end, an ancient volcanic island cultist level. When you eventually get bored with the single player campaign, the game also features various multiplayer levels, where you can play over network against up to three of your friends.

For its time, Extreme Assault, looked very pretty with its transparent 3D environments, which was also reflected in its quite beefy system requirements. To play the game, you could still use your 80486DX, but you needed a more modern Pentium MMX class computer and maybe even a 3DFX Voodoo graphics card to enjoy the game with its highest possible quality settings.

Extreme Assault's soundtrack is also, quite remarkable. It was composed by the German composer Chris Hülsbeck, which was well-known and famous for his genious work on the Turrican soundtack.

As a player, you get a lot of material with Extreme Assault. You get a whole pile of missions and levels for helicopters or battletanks, which keep you busy for many hours. Unfortunately, there are indeed many quite similar ones, there is no such thing as a mysterious or thrilling story behind it all. Yes, sure it is good fun, even today, but more in the sense of a brainless action flick of the 90s.

From the technical standpoint, Extreme Assault also presented some ambivalent points, even back in its days. The game's graphics did look really solid, but it was indeed one of the last games running exclusively on the MS-DOS platform, which was already a bit dated in 1997. The game simply did not support Windows 95/98 with its DirectX framework or any other form of more modern environments.

Though relatively successful in the German market, Extreme Assault failed to get a true foothold internationally and especially in English speaking countries. The same happened with other games of the Blue Byte studio. Many senior developers left the company thereafter and in 2001, it was sold to Ubisoft entirely.

In 1997, I was 14 years old and most of my memories of Extreme Assault revolved around first discovering the game on a demo disc from a computer game magazine, probably on a PC Player issue. After playing these levels, I used my own pocket money to get the full version of the game. Back then, I had to do this by mailorder, which was a bit exciting for my 14 year old self.

From today's perspective, it seems a bit obvious of a marketing trick Blue Byte, a German publisher, pulled with the German magazines here. Their presence within the issues and discs gave them a unique selling opportunity and effective advertisements.

I used to play Extreme Assault on my self-built Pentium 133, which I had overclocked to 166 MHz. It was quite impressive and felt like really good stuff for my machine. Windows 95 was still a novelty, so I did not take offense in the game being MS-DOS only. Unfortunately, this created an issue in later years, where it became increasingly difficult to play the game on more modern versions of Windows, especially with Windows XP in 2001/2002. The game quickly faded into history for me at this point. 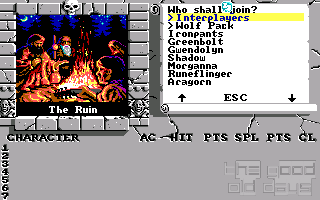