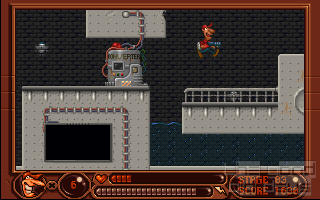 Mutiny of the Things for sure made me curious of what's inside, as it hardly provides any hint of what it will be. Things can, by definition, not be alive or even stage a mutiny. The intro, styled as a newspaper interview, tells me of our hero (Jack Flash) who plans to use his so-called Succ-O-Matic to literally suck the life out of these animated things again.

Though let's start from the beginning. A certain Prof. Dr. Eng. E. Eddison – also going by Evil Eddie – a mad scientist, has put life into everyday utilities when experimenting with energy generators: shoes, false teeth, pressing iron, pencils, snowmen, but also pumpkins, carrots, sunflowers and much more. All these things now want to found their independent city in the middle of this beautiful country. On a government mission, it is now Jack Flash's task to contain this out of control horde and destroy the energy generator in each level, which they need to survive. If everything else fails, he can also dissolve aggressive things into a cloud of ones. You may ask, why do they dissolve into ones? I assume this is an allusion to the digital origin of the objects, a kind of rematerialisation into zeros and ones. They went for a child-like motif. So there could be no blood or explosions. Which is why we get ones. In general, the graphical presentation is rather playful, almost cute and should appeal to kids. A couple of simple music tracks accompanying the entertaining jumping and running do the rest. However, each track is fairly short and therefore the melody will dig its way even into ears trained by screaming children until you won't be able to get rid of it anymore. Unfortunately, there is no way to individually control music and sound effects so that you will finally have no other option than to disable sound completely.

“Rome wasn't built in a day”, or so it is said, and therefore before beginning with the cleansing proper, you can select one out of four differently designed episodes: factory, nature, ice, space. Each episode consists of five levels which offer a slowly increasing difficulty level. The special thing about the levels are their square nature. Common Jump'n'Run games typically have primarily horizontal levels. Jack Flash moves about a large rectangular space. Therefore, he can fall down just as far as he can go left or right. This is why lifts and later teleporters are to be found regularly in order to get around quickly. Locating the energy generator is not always easy. This is not just due to level size, but also thanks to tricky pathes to be taken. Planning is essential and that is why Jack Flash is equipped with a floating camera which he can steer through the level. The camera picture can be seen on screens embedded in several places on the platforms. Unfortunately, the visible area is too small to really receive a good overview. On top of that, Jack Flash will sometimes find small yellow “i” letters which provide information about remaining enemies and other items not found yet. This info is quite useful, as Jack receives an extra life from the government if he kills all enemies and finds all secrets. When not going for that, a lot of time can be saved by jumping over or otherwise avoiding enemies. Not eliminating all animated things, the Succ-O-Matic doesn't even have to be recharged all the times. Nevertheless, knowledge of the level layout is a clear prerequisite. It is a game practically asking for a speedrun!

One reason for hardcore gamers not having jumped on this yet may be the technical implementation which leaves something to be desired. On the one hand, the cut animations and the 3D like parallax scrolling play in the top league of VGA. Jack Flash's jumps can be well timed and work perfectly at pixel level. On the other hand, as soon as several enemies are on screen, the game starts stuttering and the scrolling shows its jerky side. Also, collision detection isn't really crisp. This is poison for real gamers who already go mad over a small hair left on the mousepad.

Fortunately, the game was distributed as shareware at its time and one freely available episode could be tested for free over a period of 30 days before finally buying the full version. It is a mode of distribution which suits this game well, because in spite of its fairly large levels, it certainly does not play in the league of full price games – it never attempted to. Instead, it is inspired by the successful shareware distributors of the time, such as Apogee or Epic. The German developer even managed to jump the Atlantic ocean with the help of publisher MVP Distribution Network, making their games available on worldwide BBS. Since the early 1990s, this label published a couple of titles known within shareware circles. It went out of business in the meantime, but it has made its full range of shareware games available for free download as registered versions (see links). Certainly a treasure chest of obscure titles; among them: Jack Flash: Mutiny of the Things.

You may not even have to look any further than this particular game. In spite of some jerky parts, gameplay is sufficiently smooth and for minds which have retained their inner child, it can be quite fun for a while without being too demanding. The cute graphics and sprites have probably been modelled after the classic Commander Keen. Nevertheless, the overall game isn't a bland imitation, but actually worth seeing and admiring. 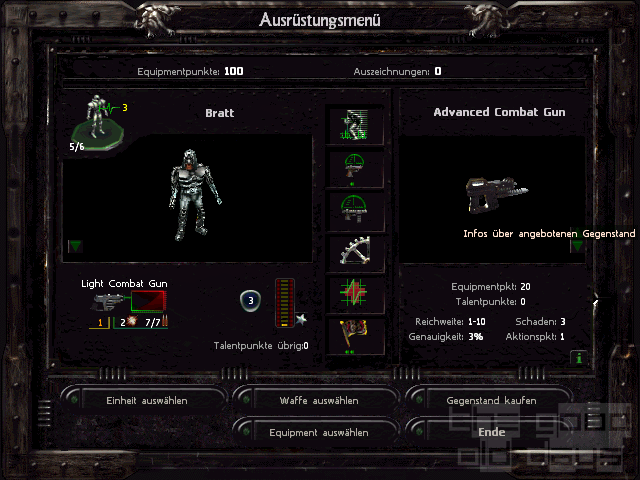