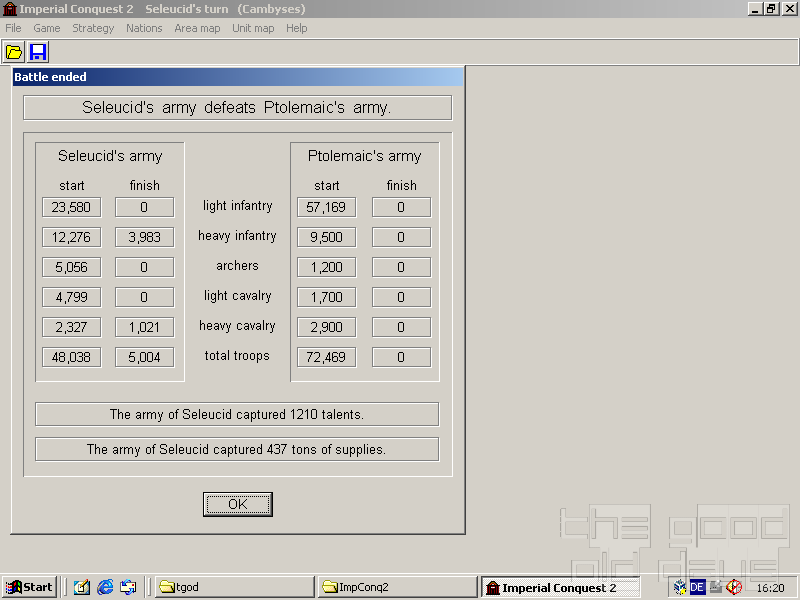 Meaning Imperial Conquest 2 at first glance looks and feels like Empire, but the way it works is more akin to games like Europa Universalis. Or let's say an early prototype of the latter. The “complete” known world (i.e. the mediterranean) being represented, several nations are struggling for supremacy. Among them, the usual suspects of the historical epoch, like Rome, Carthage or Macedonia. Though underdogs like the Celts or Galatia also not only make an appearance as cannon fodder for the big fish, but are actually playable. Those being particularly challenging, but providing a fundamentally different nature of challenge as well.

Using a basic windowing system, the main components on the screen by default are a global map and a detail map. Actions, such as moving armies, managing cities or rudimentary diplomacy, are performed on the latter. The former proves particularly useful as the player can choose to have a large amount of key information (such as location of cities, armies, mercenary availability etc.) displayed right there. Just a pity that such settings for the global map don't “stick”, but rather need to be re-applied each turn.

proverbs2717:
Hi. I am glad to have found imperial conquest 2 here! I used to play it all the time when I was young. I would love to be able to download the game and play once again. Thanks!
[Reply] 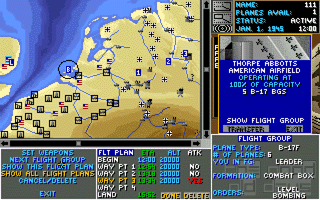