As any pinball game the aim of Absolute Pinball is to launch the ball and achieve the highest possible score by hitting various bumpers and targets. The individual tables have different aims to achieve, and a multitude of features like multi-ball modes and special in-table devices. The four tables in the game are called Desert Run based on a car tour between Paris and Dakar, Balls and Bats which is baseball related, Aquatic Adventure based around the theme of the mysterious deep and The Dream Factory which is Hollywood related.

The player is put into The World Series, with the aim of the table being to score as many home runs as possible, ultimately winning the game. Features on this table include an excellent multi-ball option, and a pitch mode which allows the player to progress onto other levels. Another feature included occurs when the ball reaches a certain area on the screen, an animated display of a pitcher and a batter takes place on the display board. When the ball reaches the batter, the player has to hit the ball which will result in a bonus.

You are racing through 12 stages. To finish a stage you must light the pit stop lamps, but to light a lamp you have to buy enough fuel units. Money will be given to you at two stages – the Hundring Ramp and the Speed Passage. To get a really high score, though, you must finish each stage as either the first or second car. To increase your place in the race you need to repeatedly shoot the “Place” ramp to maintain and advance your position in the race, and the “Pitstop” ramp to get more gas to continue.

This table is by far my favorite. Probably the most innovative feature on this table is the cannon. When the ball is sucked up through a snorkel that is accessed via a ramp, the player is immediately given a letter of the word 'cannon'. When all of the letters have been obtained, you are given the chance to fire the pinball out of a moving cannon. If the player hits a submarine the player attains a high scoring bonus. Another entertaining feature on this table centres around the display board. When the ball travels up a certain ramp an animated display of a diver begins running. When this occurs, the player has to dodge sharks which block the path of the diver, who has to be controlled with the flipper buttons. If the diver avoids the sharks an incredible bonus can be achieved.

In this table you are the director of your very own blockbuster film. You earn bonuses by hiring actors, attend parties, and shoot an Oscar-winning film. The actors are caricatures of real Hollywood actors like Clark Gable and Clint Eastwood. A lot of the ramp bonuses in this table depend on you making the same shot multiple times in a row, such as the “And once again!” upper flipper shot. There is also a multiball mode once you lock 3 balls in the Oscar vault.

Each of the tables in Absolute Pinball are intricately designed. Both ball and flipper movement is very realistic. The graphics are also very detailed. Each of the functions available on the tables have their own artwork in the surrounding area, and even better, depending on the amount of light on the table and the angle that it is coming from – the real-time reflection of the ball will alter. Another graphical technique used is a color transition technique which allows for realistic looking glass ramps. The authentic looking display board adds a lot to the depth of the game, with a certain amount of interactivity involved.

Overall Absolute Pinball offers a highly addictive challenge for pinball fans and has a fair amount of depth that most other pinball games of the time do not have. The game features a load of fancy graphical touches, realistic ball movement and very reactive flippers. Each of the four tables are also very well implemented, containing enough special features to keep interest levels high. 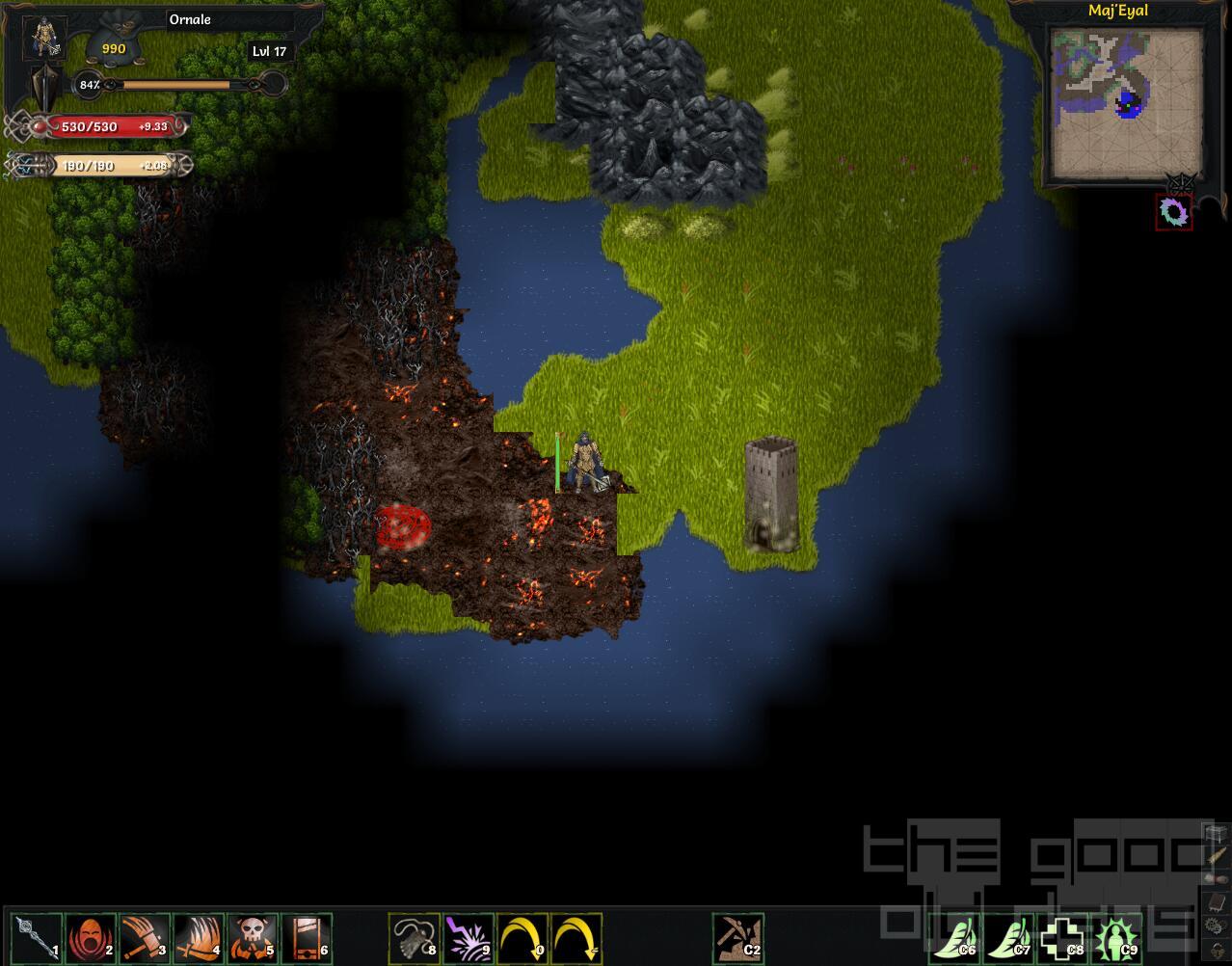