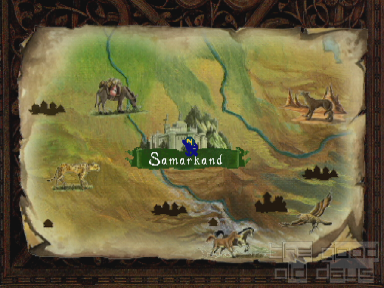 As much as the “adventure” aspect of the historical Marco Polo's life may appeal to some people, his way of travelling beyond the then known world definitely isn't in line with today's sentiments anymore. Not even talking about the danger part, but it was so… slow! Who would have the patience for such a trip today? The thrilling highlights those fictionalized accounts focus on being only a fraction of what may have happened to him and the rest probably being rather… bland? 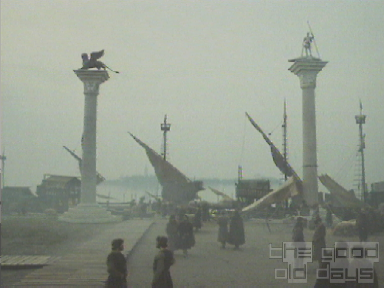 Marco Polo, the game, takes only generic thematic inspiration from the real person's life story. Instead, up to four players take over the roles of non-historical Italian merchants in a game world spanning from the Middle East all the way to China. Starting out with only a small caravan consisting of few camels and minor startup capital, the goal is to get rich. Or rather, there is no explicit goal at all. But you're all merchants and you can buy and sell goods in different cities. So you figure it out how to occupy yourself.

The underlying trading model is rather lightweight. Hiding behind a fairly large number of goods, not all of which are available on any market of the world, buying low and selling high becomes rather trivial after some initial exploration to get a feeling for the prices. When in doubt, importing into the respective region's capital seems a fairly safe strategy. More adventurous players may attempt long-distance trade instead, for larger profit margins, but at higher risks of spoilage, bandit ambushes or other forms of attrition.

Speaking of which, each trip from one city to the next may lead to a random event, illustrated by a stamp-sized video clip. Impact may be positive, for example when discovering valuable goods, or negative, for instance when being denied entrance to a city or when finding oneself in the middle of a battle between armies or in one of said ambushes. In the latter case, it is possible to defend oneself if a proper escort has been hired (and paid!) beforehand. Battle outcomes are calculated automatically. 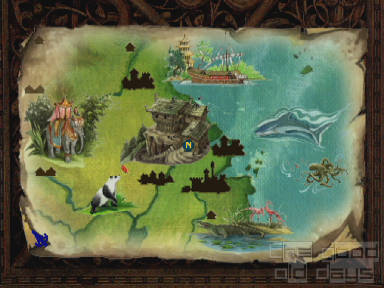 After some time playing, it becomes quite apparent that those random events have a much stronger influence on success or failure than careful planning and reasonable decision-making. Which may sound like a huge issue, but in the right set-up with some friends lounging on the couch in front of the TV playing casually while maybe talking, drinking etc., it may be considered an advantage.

Instead of being a fierce, demanding trading simulation, Marco Polo instead aims at being lightweight entertainment providing its players a sort of “adventure trip” where unexpected things happen and the main “challenge” is really reacting and adapting constantly. Further feeding this impression, encounters in cities may provide the players goods or information or they may lead to short quests (Castles II style) with limited decision-making.

The nicely drawn map and static status screens support the overall sympathetic impression. It certainly isn't a game for what is today called “core gamer audience”, but it's well made, easygoing and unpredictable fun for some time. Too much thinking, too much planning will rather spoil the enjoyment. But then, how “intensely” do you usually play Monopoly?

P.S. As a goodie, the second CD contains a Marco Polo documentary. 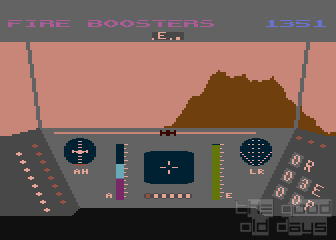