Hell: A Cyberpunk Thriller
for 3DO 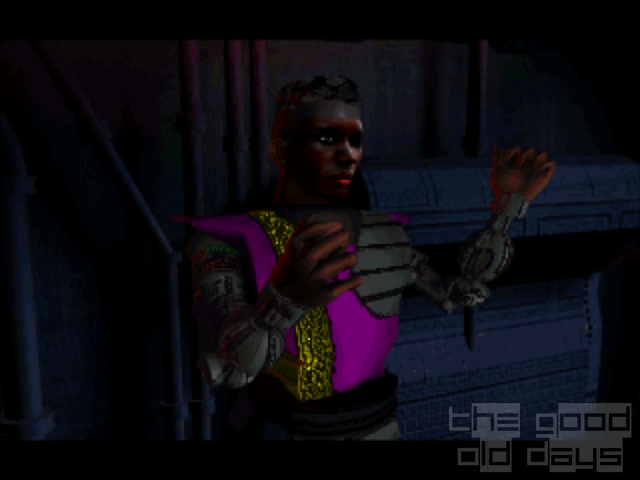 Bloodnet had only just been released and there we were already looking at the marvellous sequel… even if it came out camouflaged under another corporate banner. Though the family likeness, thematically, graphically and in gameplay, was so apparent that a look at the detailed game credits was not even necessary.

We find ourselves in another dystopian future. A theocratic organization calling itself the Hand of God has taken over the government. It only makes sense, as the Christian mythology has turned out to be all real. Contact with hell, at least, has been established and eager exchanges are taking place. Earth's criminals find themselves condemned to this place for eternity. Much better than regular prison, isn't it? Well, maybe not “better”, but certainly effective.

One underground group which finds itself on the list of endangered species are the hackers. Their activities in cyberspace, virtual reality etc. have been largely outlawed. A special police division called ARC (Artificial Reality Containment) has been formed to hunt them down. Rachel and Gideon, our protagonists, have been loyal believers in this cause and good ARC agents – until out of the blue, they find themselves on the list of targets for dealing in “pornographic virtues for human-demon coupling”. What is going on there? Whom can they still trust? 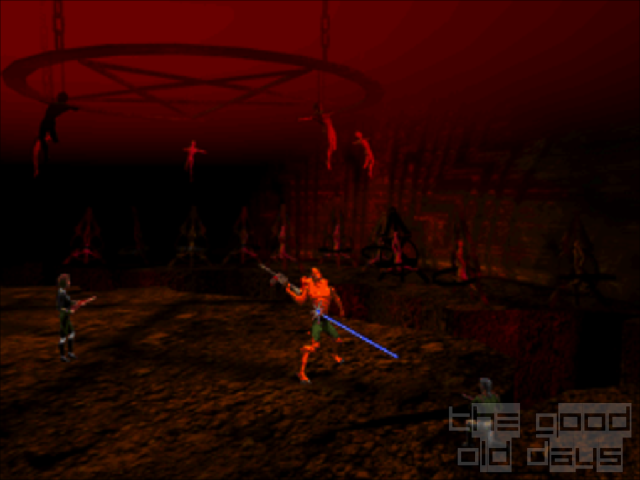 So like in Bloodnet, this is a mixture of bleak cyber-futurism and motifs of classic mythology and horror. The blend once again works well, especially with respect to the colourful characters. Whereas the protagonists are nothing but one-dimensional projection spaces for the player which at best spout cliché lines of tough guy/girl, supporting personnel gains the setting a number of points – whether it is the demon who made a second career as mobster in the real world (voiced by no other than Dennis Hopper) or Gideon's ex who after dying in an apparent frame job lives on as a hologram, since she took the precaution of making a weekly backup of herself.

Basic gameplay – for better or worse – is shared with the predecessor as well. Other characters can join the player's party in order to take advantage of their special abilities. Comically, when walking around, they are however never visible. Specific encounters lead to fights, but in an apparent attempt to address some previous criticism, they are handled and won automatically if the right weapons have been collected beforehand. Puzzles once again have the tendency to fall into the area of obscure riddles, finding out code words etc.

Speaking of automated fights and puzzles, however, this is where the “worse” part really kicks in. In their attempt to set a scene, build a world and embrue it with atmosphere, the makers somehow forgot to make Hell really interactive. The player spends his time having fascinating conversations with all these characters, only to realize that a couple of hours have passed doing nothing else. Just selecting where to go next, i.e. where to have the next conversation and with whom, but even in that respect, the right path is usually strongly hinted at. Object-based interactions all throughout the game can be counted at one hand. The number of riddles isn't much higher. The ratio of taking actual decisions versus just watching and listening is completely off!

On top of this, the curse of mid-90s ugly render graphics strikes even more severely than in Bloodnet. Literally everything apart from the motion captured Stephanie Seymour in this game has this ultra-plastic look, characters are unbelievably stiff and their few, non-lip-synced animations during conversations repeat endlessly within seconds. It is hard to understand now how this style could have been considered in any way attractive, much less “the future”. Be assured, though, that the makers did nothing wrong in this respect, as evidenced by contemporary reviews. Not that this saves the game from being one of the ugliest in game history. So ugly that it relegates the horrible music to a minor sidenote hardly worth mentioning.

Neither the controls nicely adapted to gamepad use, for example by providing a convenience function to jump from hotspot to hotspot directly with one button, nor worldbuilding, atmosphere and plot can save Hell. Some time in, having just listened passively the whole time, you'll realize that even accepting this as a non-interactive “movie” (at a high price tag), all the technobabble by then is just tedious and tiring. Why? Because the storytelling isn't really mature, either. All is conveyed through dialogue, absolutely no other techniques are applied. The world may be nice here and there, but it doesn't tell its own story. The characters may be interesting in places, but they have no layers apart from what they say out loud. It all appears like a fall back into the dark times of early talky movies when producers were so amazed by the new possibilities to record and play back dialogue that they did nothing else anymore. This, however, is a completely unengaging way of telling a story. The two plot twists, when they finally arrive quite late, cannot save anything anymore. Hell ultimately illustrates everything which went wrong in 1990s game design. 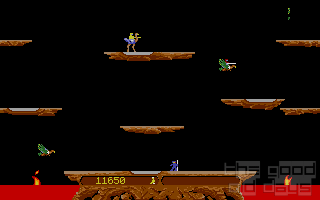