Lane Mastodon vs. the Blubbermen
for PC (CGA) 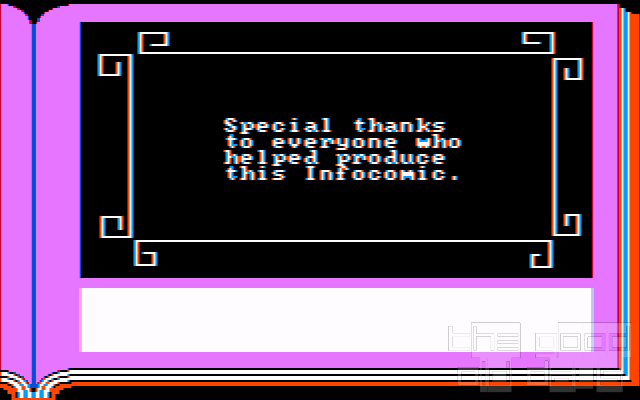 Lane Mastodon first appeared in a pack-in comic strip of Leather Goddesses of Phobos, making him “the only Infocom comic book character at the point where the Infocomics project got underway” (Steve Meretzky). There, he saved the 1980s Earth from the evil Leather Goddesses within a span of few panels. This time around, he's acting in the year 2029. His origin story set 10 years before that, it's clearly not the same Lane Mastodon anymore, though given the overall tone of the story, nobody will care. At least he's given a bit more time and space to develop this time around. 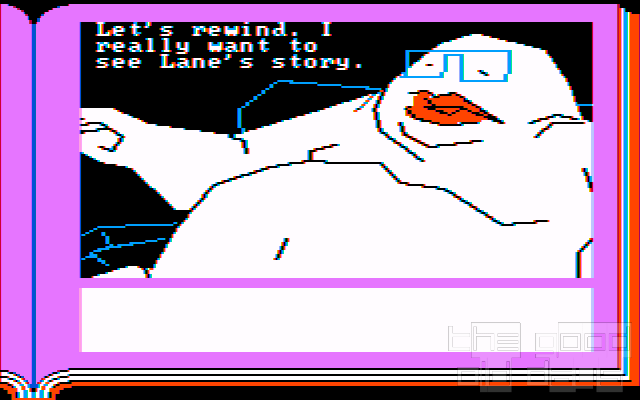 Earth is under attack. An enlarging ray emerging from Jupiter turns regular animals into monsters. Zabor, director of the Earth Defense League calls our intergalactic hero to launch a counterattack against the evil Blubbermen while managing the best he can back on Earth.

Globally speaking, the reader can experience the plot either from the perspective of Zabor or Lane. The default (i.e. never actively pressing a button) is staying with Zabor, thus encouraging to actually use the branching scheme in order to get close to the actual protagonist. Nevertheless, the Zabor story isn't badly constructed, restricting the plot to his perspective, but keeping things easy to follow nevertheless at all times.

In this way, Lane Mastodon is the polar opposite of Gamma Force: its narrative is clear-cut and obvious. Branches are used for optional interjections (such as Lane's origin story) or to spell out explicitly more details on activities which are otherwise made sufficiently clear as well. What is really “necessary” to convey could as well have been interspersed in “meanwhile, on earth” style. Meaning this is the Infocomic making least of the branching mechanic. Which, as in Gamma Force, can be seen as strength or weakness, depending on expectations. 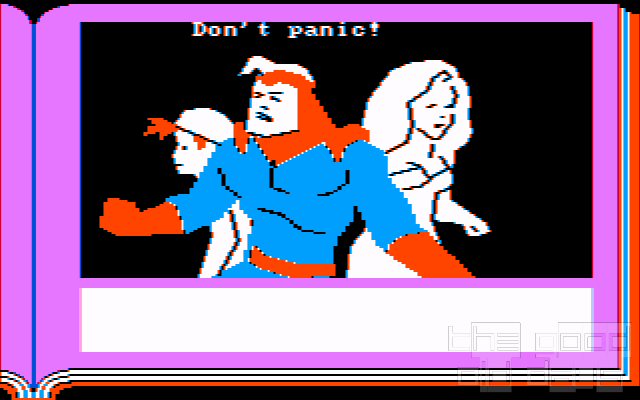 Content-wise, it is the expected highly ironic, nostalgic homage to pulp stories of the 1930s-1950s, right from the square-jawed hero right down to the physically repulsive baddies who revel in their own evil. From the intentionally obvious twists to Meretzky's sexual innuendo. It's all consistent and coherent.

Just that it has to be asked whether this style was appropriate back then. Sure, the early to mid 1980s had brought a large 1950s nostalgia, a pining for simpler times, with Ronald Reagan being elected president in the USA and harmless comedies like Back to the Future topping the cinema charts. Though in printed comic books, things turned around rather quickly. Ultra-serious, dark scenarios were suddenly the thing. Inner monologue wasn't used anymore to annotate what the reader was seeing anyway, but to show how “gritty” the characters were, to illustrate the “mature” themes. The Dark Knight Returns replaced Adam West's Batman incarnation in the fan mindset.

Considering this, Lane Mastodon came at the wrong time. Nowadays, in more diverse times, the story it tells is somewhat enjoyable, sort of delightful, but certainly not a must-see. 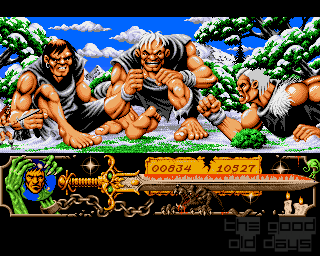