The Telwynium: Book One – Winter's Dawn
for PC (Linux) 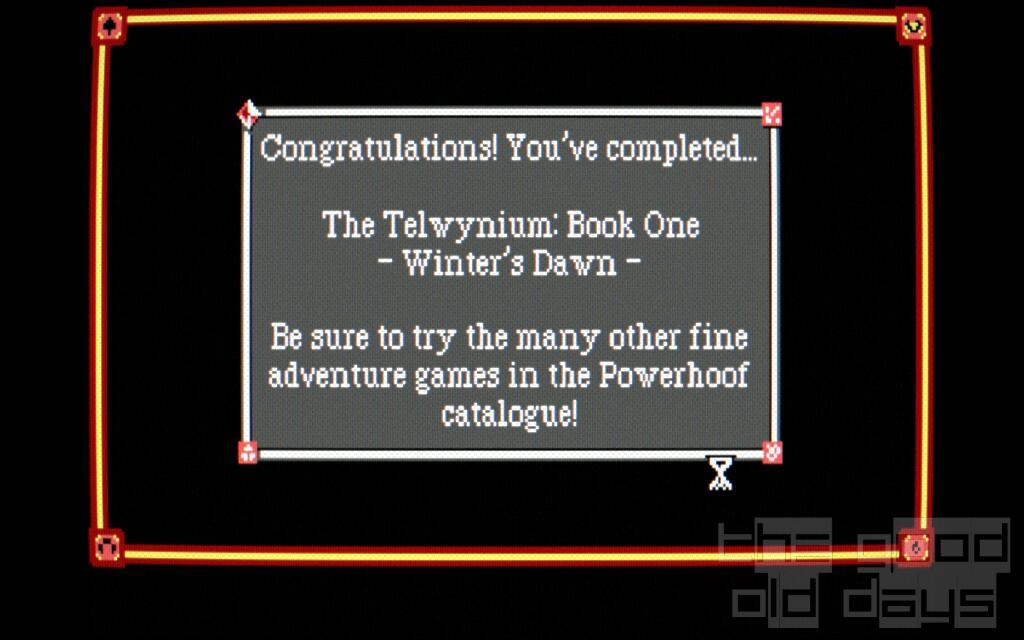 A roleplaying-like party setting camp deep in the forest. They are the survivors of their village, just ambushed by the Shadowfell. If it hadn't been for the magician arriving just in time, that would have been it. The same magician now plans to lead them to the safety of the closest city. Though of course, not all is what it seems and things take an unexpected turn.

Not that we'll learn the full story yet. With The Telwynium, the subtitle Book One certainly is a bit of a misnomer. It's not Book One as in Fables & Fiends: The Legend Of Kyrandia, Book One. Chapter One for sure would have been a fairer claim. Particularly considering the cliffhanger it ends on. 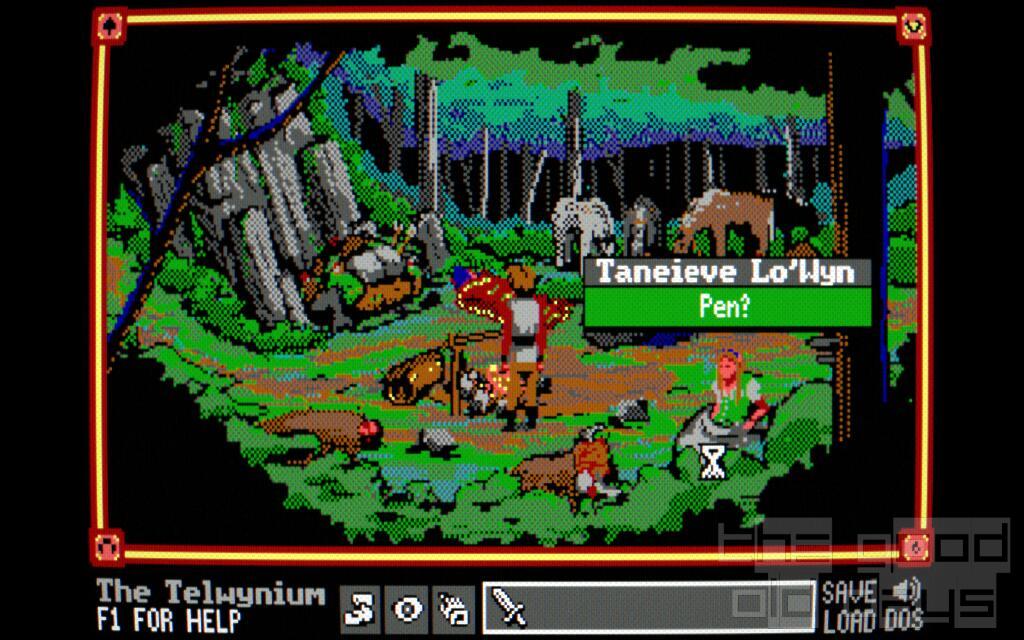 Within the frame of its brevity, the game admittedly does manage to tickle the player's interest quite well. Hints at bigger things are dropped with some regularity, whether it is the nature magic which only women can tap into, the threat of the shadow creatures, the different (for lack of better word) “tribes” inhabiting the world, their prejudice and qualms with each other etc.

The same brevity, on the other hand, makes the explicit storytelling quite blunt. Subtlety is something not found in The Telwynium. When the protagonist performs his final actions, the player will be already quite aware that what he's enabling there is hardly a good idea, spells potential doom for the world – yet the game demands for it. Nevertheless, the lightweight plot reeks of enthusiasm. So much that it's even hard to tell whether “golen” is a deliberate, if clumsy, variation or an honest spelling mistake (albeit consistently followed through).

Gameplay is appropriately light as well. With plotting being the apparent priority, some actions to trigger progress are even spelt out by the game. Other issues solve themselves if the player just exhausts the multiple choice conversation options. At least there are still object-based puzzles, something which cannot be said of a number of other modern-day indie adventure games. Search space being limited, their solutions are straightforward and logical. 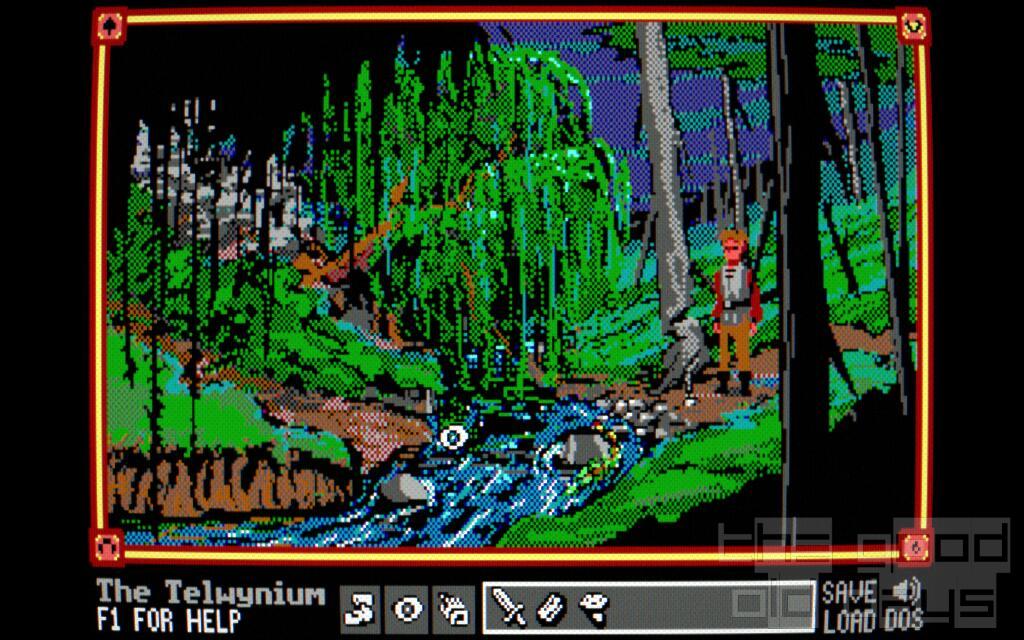 Graphics are appropriately matching the stated inspiration of Sierra games of the late 1980s/early 1990s. The dithered scenery is fittingly moody, hotspots – although not explicitly marked – are usually identifiable and animations are in line with the expectations. The only small pity in this respect is that central events have simply not been animated at all. Instead, when drama should reach its peak, text pop-ups inform the player what's going on. An understandable constraint (comparatively much work which won't be re-usable), but still would be nicer otherwise. Music, on the other hand, is actually quite good and varied.

Overall, good work, an entertaining hour. Carefree in spite of the rather grim theme, as modern-day conveniences (no death, no dead ends etc.) have been applied. It's not much more than an opening teaser, but it does whet the appetite for more. Which is the intention, isn't it? For my part, I would play Book Two without thinking twice. 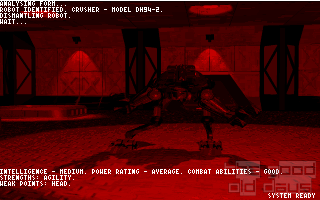