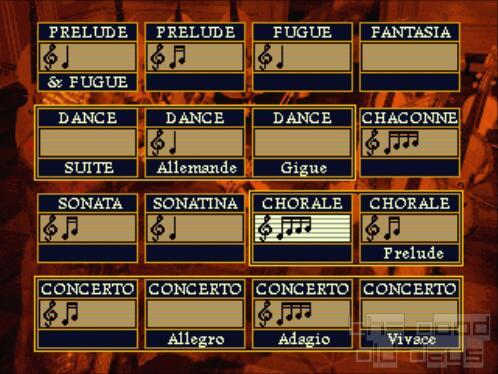 Although he had already turned into a big name star in the computer game designer world, Sid Meier's Civilization became so huge that whatever would come after was doomed to turn into a (relative) disappointment. How could anything possibly match this scale, this success? Sid did the smartest thing imaginable. Well, not smart in a business sense, but smart in the way of not even trying to compete with his own game.

C.P.U. Bach is not so much a game, but could be rather described as a tool or toy. There is no challenge, no scoring. Rather, the programme composes music and then plays it for you. Yes, you read that right. It won't let you compose music, but it does that by itself. Based on user settings at least. Would you prefer a prelude, a chorale or a full concerto? Which instruments should be used? But the rest is fully automated. 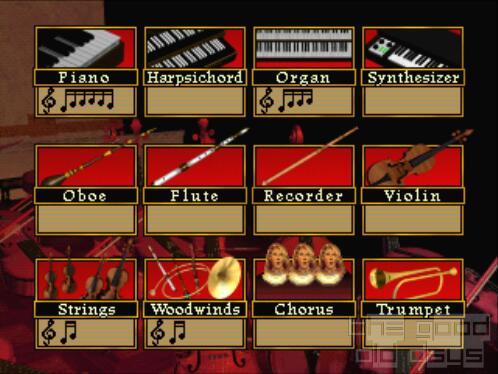 Wait, prelude, chorale, concerto? As the name suggests, Meier outs himself as a fanboy of Johann Sebastian Bach with this programme (and not so much, in spite of the name, of C.P.E. Bach). Baroque music following quite strict, decypherable rules, it is a style which can be algorithmically generated. Which is exactly what happens here.

Meaning you will get to hear music in baroque style, but nevertheless original pieces generated on the fly. Not just well-known motifs or passages glued together and combined in random ways. The advertising claim being that up to 10 billion different pieces could be “composed” by the programme. For sure, I never heard the same one twice in my time of using it.

As visualization, the screen can be used to show fractal shapes, soothing nature images or a 3D rendered performance of the music being played. All nice and gimmicky if showing off this programme to friends at a party on the big screen TV in the living room.

For those a bit more deeply interested, another mode is available actually showing the notes played, breaking the piece down into sections, accompanying it with some short bits of music theory. Unfortunately, this does not go very deeply. Those inclined can learn about the difference between a theme and a melody, but neither will the programme explain what a fugue actually is, nor will it expose its mathematical model which lead to this algorithmic composition. 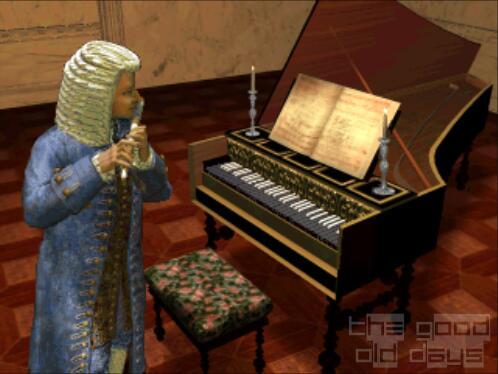 Meaning it is really a pure entertainment product rather than a seriously educational one. As such, its appeal is honestly speaking limited. As it makes no attempt to ignite the spark of admiration which Meier obviously has for this kind of music with those not already initiated, the target audience is those people already into baroque music looking for unknown, sometimes surprising material. People who want to learn about such music, its historical background, relevance and of course the music itself will find better material elsewhere. Those interested in procedural generation in general will be rather disappointed as only the output can be observed, not the process of composition itself.

Last, but not least, being bound to the failed 3DO console may also be a sign of how Microprose was looking for non-traditional audiences here. After all, this machine was likely usually indeed put into the living room, right under the TV, rather than in a kids room or an office. The lack of gamification may be a sensible choice in this respect. Though then, knowing super geek Meier, it may just have been a technological choice. After all, IBM PCs were still limited to Soundblaster cards at best at the time, meaning an 8 bit mono chip. Amiga and Atari ST already dead, where else could he have gone for semi-acceptable instrument sound generation?

In any case, after this, he went back to putting his name on more, more and more Civilization style games (designed by others). Those, for sure, were more fun, but his courage to do something completely out of the box like this deserves our respect. 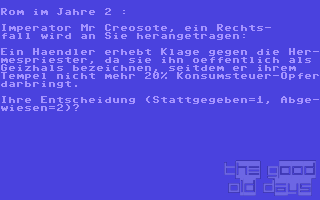