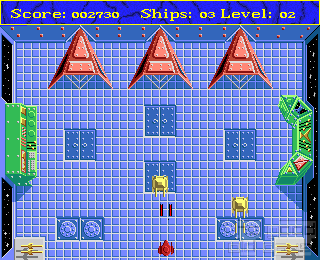 Ah, Kingsoft. The company whose main business case was making cheap imitations of successful games on niche systems. Uridium wasn't out on this brand new Amiga which had just received a big market push with the release of the entry model A500. Kingsoft was ready and threw Iridon on the market. The name being similar enough for potential customers to recognize, but just sufficiently different to avoid legal action. 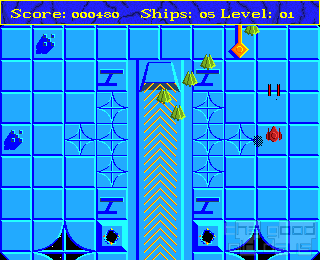 Looking at pictures of Iridon today, you have to remind yourself that the real graphical power of the Amiga system was yet to be broadly unleashed. Sure, Defender of the Crown had already been out before 1987, but that sported mostly static illustrations. For an action style game, what is offered here was still considered acceptable – the level Kingsoft would usually aim for. Most importantly, scrolling and the movement of ships across the screen are flawless. That's not a horrible start.

As in Uridium, the objective is to fly across a large space cruiser, destroying targets on its surface, until it is time to land. That then triggers a second sequence inside the ship where the player has to shoot tanks (?) before they reach the bottom of the screen. A bit of a reverse Crackpots and, while not a huge deal in gameplay terms, thematically fitting.

The 50 surface levels remain the core of the game, however. There are some interesting ideas in there, such as the choice to make collisions with enemy fighters completely harmless and just their shots dangerous. Levels are designed to require maximum skill with respect to squeezing through tight pathways. With this in mind, the overall slowness is actually appropriate. 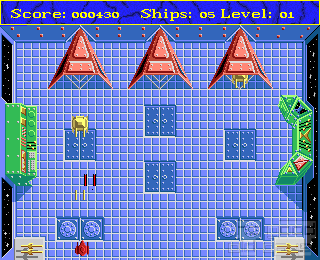 This far, Iridon could be considered a serviceable, but of course completely unexciting title. Its main issue really lies in its graphics, after all. Since avoiding stationary obstacles is the main challenge, you would think such obstacles should be clearly visible and distinguishable from the rest of the background. Uridium's convention of anything dropping a shadow being dangerous has only partially been followed. Even when there are shadows, low contrast often spoils the fun.

In 1987, owning an Amiga and no C64, Iridon may have been the “best thing available”. This, for sure, was what Kingsoft counted on. These days, with pretty much every system fully available through mature emulators or dedicated FPGA boxes, there is no reason to touch this one other than completionist historical interest. 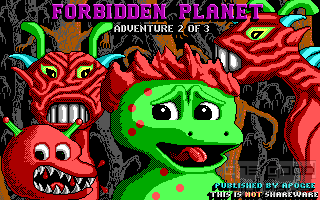