Wing Commander III: Heart of the Tiger
for PC (DOS)
Also available for: 3DO 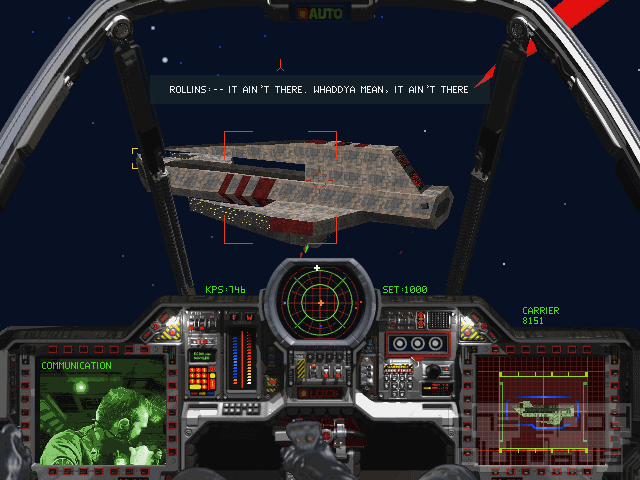 The future was there in 1994. Just shortly before, we had all been sitting in front of our Amigas playing side-scrollers. The first generation of CD-based video game consoles was showing us grainy, stamp-sized video clips embedded in “games” which were hardly worth that term. And then Wing Commander III came along. Not out of nowhere at all, but following a huge media hype. And as usual for Origin, by then their established strategy, hardly anyone had the computer to actually run it in its full glory. But who can blame them, when sales figures confirmed their success? 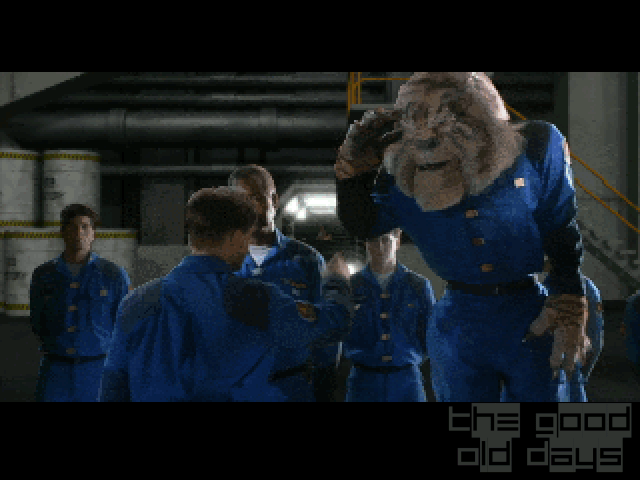 At its heart, it is pretty much the same game as its predecessor. Meaning a sappy soap opera set on a space cruiser serving in a war against silly cat-like aliens, with shooting missions interspersed to let off some steam. Just that this time around, Origin hired name actors to show their faces on screen. Well, to be honest, it is mostly a selection of personnel cheaply available. That guy from Star Wars who never managed to land another significant role and with this simply gave up his fight against typecasting. The funny antagonist from Back to the Future. Both having had their big movies ages ago. A porn actress attempting to move into mainstream. Two actually strong character actors who appear in only very few scenes. Plus they got lucky with casting two more guys who actually had nice careers on TV many years later. Though anyway, as the cast of a computer game, even this was unheard of.

As was the production quality. Set fully against blue or green screen, the characters do move around otherwise purely virtual scenes. No physical sets. It makes for a jarring contrast which today's eyes take some time getting used to again. At the time, this was impressively beyond state of the art. The muppet-like Kilrathi even looking sort of cute with their huge heads moving erratically in exaggerated fashion. The overall style still works, at least if you were around at the time. 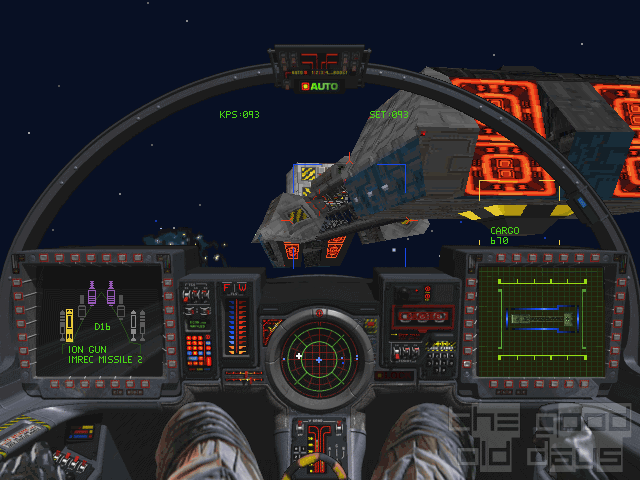 What these actors perform is a script which can be described as C-grade drama at best. There is no consistent dramaturgy, no real thread throughout the overall game. The plot remains highly episodic, with little effectively happening almost until halfway in. The protagonist arrives on a new ship. Meets the rest of the crew (only two returning characters, fan favourites Maniac and Hobbes). Has to get to terms with them. A hotheaded test pilot also arrives with a new, experimental fighter ship. Though this goes exactly nowhere. Until suddenly, Malcolm McDowell pops up (giving his one-dimensionally written character wonderful moral shades), bringing a Death Star with him which Luke Skywalker has to protect. Which finally fails, in an unwinnable mission. Only for Malcolm to disappear again, replaced by John Rhys-Davies (phoning his unmotivated performance home) who comes with yet another genocide plan. Which the player then carries out. Moral qualms? “What are we waiting for, then?” is the reaction of our protagonist. Which the player has no say in.

The rest of the characters can be called gimmicky at best. There is “the guy with the deck of cards”, “the guy with the guitar”, “the girl with the knife”… Plus the player finally gets to choose one out of two potential love interests, both of whom come across as equally shallow. This choice having a theoretical impact on further gameplay even, but it comes so late in the game that it hardly makes any difference anymore. 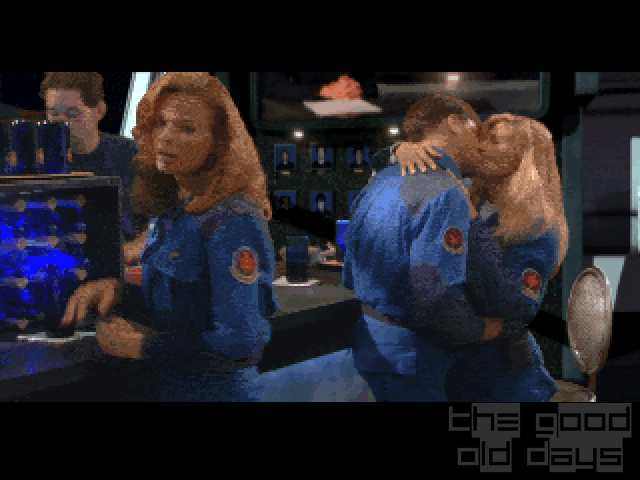 In any case, the scene of choosing which one to go with is in many ways representative for how mechanical it all feels and how huge the lack of writing talent involved was: both women sit at the carrier's bar. Separately. The player is asked to choose. Upon which a scene is played where the protagonist starts making out with the chosen one right there. In front of the other. Right. This is exactly how it would go in real life.

Not dissimarly, the end of the second act reveals the betrayal of Hobbes, the Kilrathi formerly believed to have defected to the humans in an expansion of the first game and who supported all through part 2 and also this game up until this point. Given the background of the character as established so far, it would have been so easy to explain his double cross: learning about the humanity's plan to destroy his homeworld and everyone on it, his moral standards which previously had him fight against his own militaristic people could have made him turn once more. But, no, he has just been a sleeper all along. Telefon-style. The least imaginative, least interesting option. 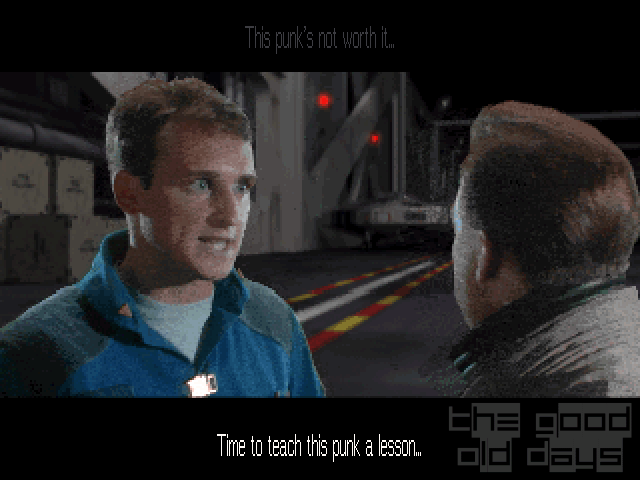 Don't get me wrong. All this is fully in line with expectations raised by the predecessor which was exactly on the same level with respect to storytelling. Making both stand way above what computer game players were used to from other games at the time. Maybe even still way above what computer game players are usually fed as plot today. It is all entertaining enough if you go in not expecting anything to be taken seriously and no matter of the success of the careers of the people involved, the hammy style they apply to the material is perfectly appropriate.

And then, believe it or not, there is actually an interactive game inside. Not even hidden away. Sure, the choices made when strolling around the decks looking for video clips never have much of a serious effect. It is a nice enhancement anyway that the designers included them. Though then, there are the space shooting missions. On which the player can now even actually choose their wingman to take along. 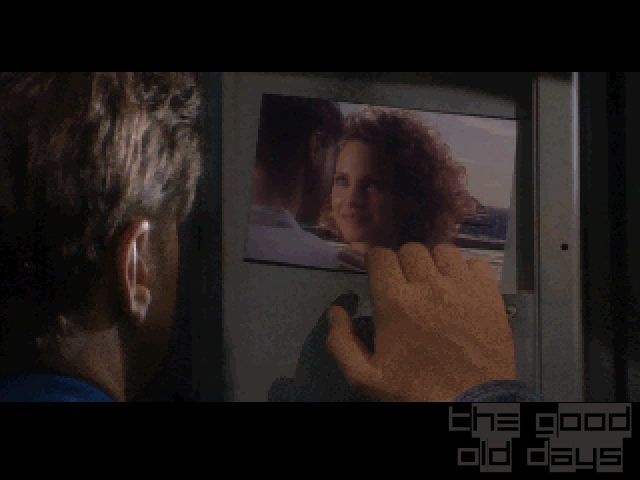 Those missions are what veterans of the previous games are used to. Patrol several nav points and shoot down enemy encounters which pretty much always arrive in superior numbers and better equipped. Nicely enough, there are selectable difficulty levels and the choice of wingman does indeed make a small, but noticeable difference depending on mission type and targets encountered. Even on lower difficulty levels, there are a couple of missions which are hardly beatable, however. Where balance is just way off. The one just after the Death Star's destruction being the prime example – more than 40 enemies, this must be a bad joke!

Moving away from the sprite-based environment which had been considered revolutionary in 1990 and using polygonial ship models instead, things don't look too shabby in action even today. What's more, the three-dimensional nature of the ship models is actually used in gameplay terms. The missions proudly beginning in the actually modelled hangar, the first task always being lift off and flying outside. When fighting larger enemy vessels, it is even possible to crash into them and start destroying them from the inside. While gimmicky, it is highly satisfying to fly into the hangar of an enemy carrier and destroy those fighters before they can even get off the ground. 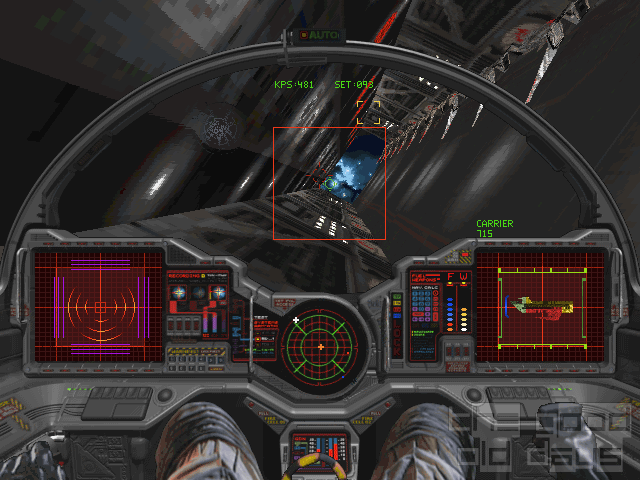 On top, the designers included a couple of missions which take place on some planet's surface. Maybe because the competition had also had some? Just that there, they had been the (relative) highlights of the game. Whereas in Wing Commander III, not only the ground textures look incredibly poor, but ship control in the vicinity of a planet, getting a real hang of heading and turning is incredibly frustrating. Too bad that even the final mission is another one of those ground-based ones, demanding the player to fly through a featureless canyon for ages without anything happening.

Other than that, the missions offer enough variety to stay mildly interesting, even if they are for sure not on the level of X-Wing or Tie Fighter. Whose level of ship simulation Wing Commander III cannot match anyway, in spite of some careful attempts. Such as the inclusion of energy distribution between weapons, shields etc. What's just frustrating is that although the already mentioned Excalibur fighter model which is dangled in front of the player's nose almost right from the beginning of the game can only really be used so late in the game. 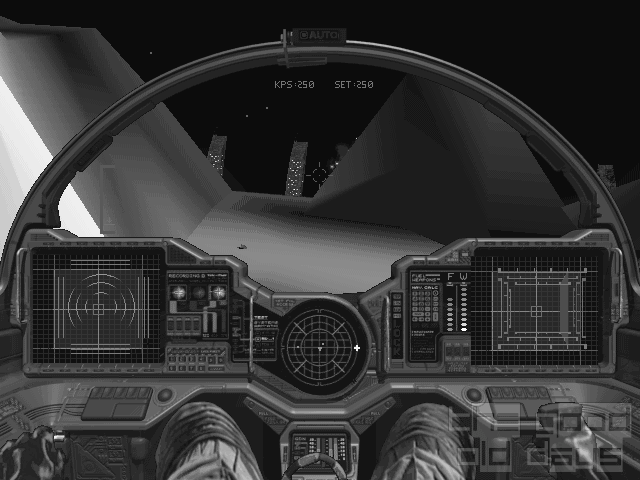 No matter what we may think about all of these aspects today, however, there is just no denying that Wing Commander III was a landmark game which set standards hardly anyone would be able to match for years to come. The reputation of “interactive movies” deteriorated quite fast in the years that followed, but this game kept getting mentioned as an example of doing it right. Namely having an actual game inside which even had been carefully improved compared to the predecessor. Not in any sweeping ways, but at least, they had not completely forgotten or ignored this. Technology aside, it must be admitted there isn't much to set it apart from Vengeance of the Kilrathi. Though then, that one was a good game, too, wasn't it? 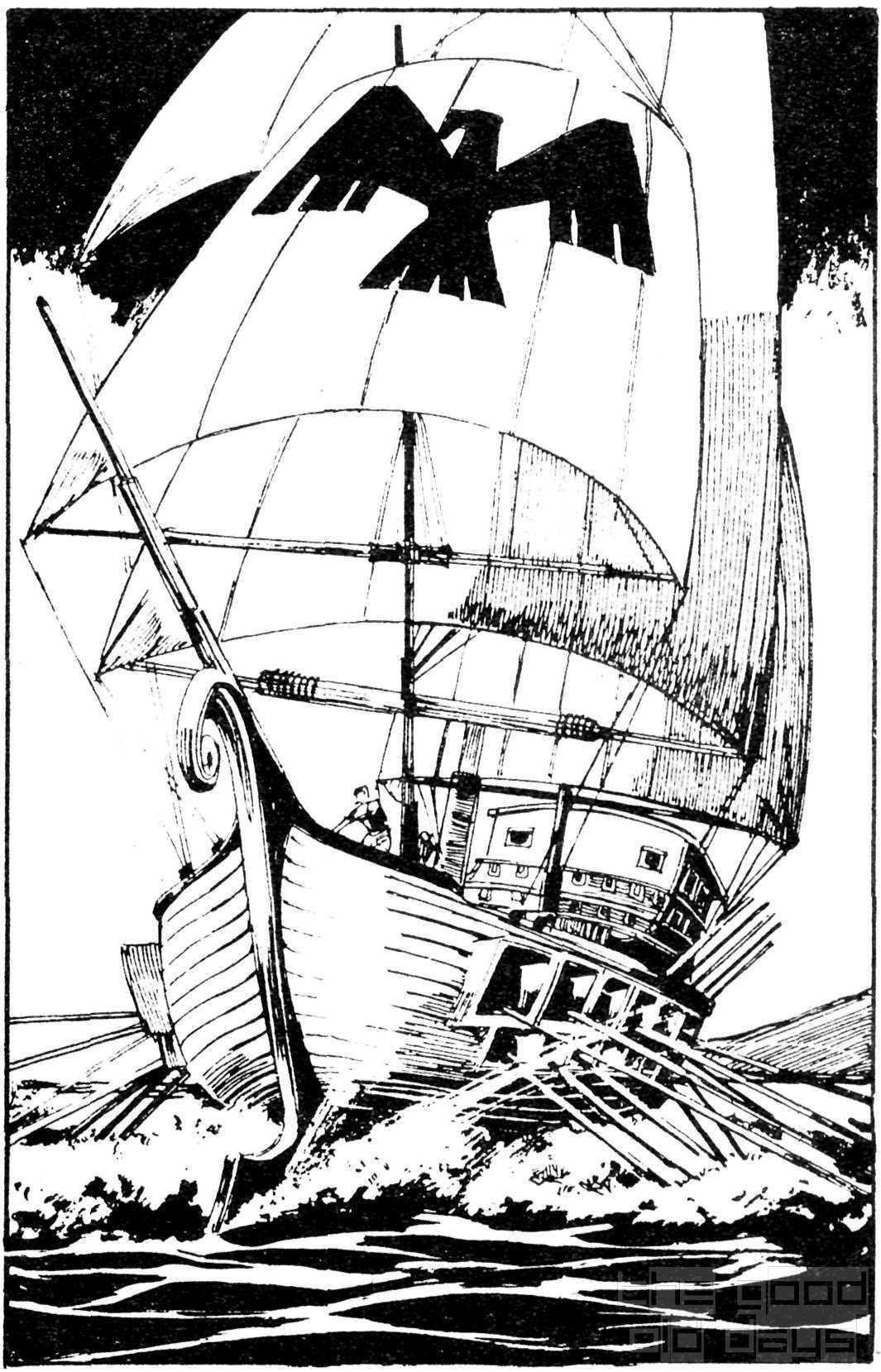