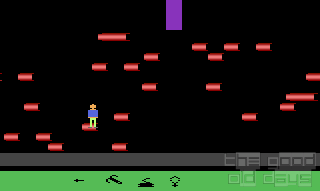 It was supposed to become the event of the video gaming world. A series of four games, each subject to a large-scale real-life competition. Promising prizes supposedly worth $25000 each. The four winners then going on to the big finals, going for the ultimate reward worth another $50000. Not just any prizes, mind you, but custom-made ones of real gold and gems, appropriate to the low fantasy theme selected for the series and appropriate named “Chalice of Light” or “Sword of Ultimate Sorcery”. Players of the time being largely teenagers or at best young adults, the lure of winning such a competition must have been huge! 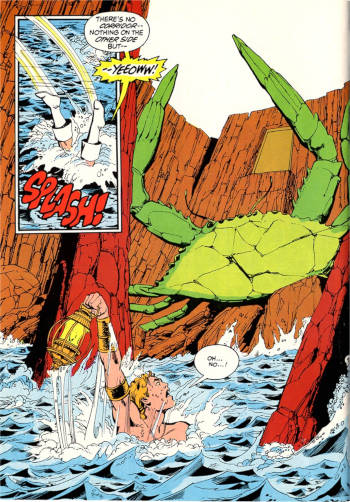 Wow, I get to play this?

Even putting aside the prize money involved, Swordquest (as the series was called) showed all signs of a grand scale production. Each game came with a small-sized comicbook, produced by none other than DC Comics who put some of their best talent on it.

Keep in mind that at that time, given the technological in-game limitations on the Atari 2600, a lot was usually left to the player's imagination. One could almost say that the better part of the game took place in the player's mind alone, when simple square blocks represented the wildest of things. This worked often by the game covers alone. A complete comicbook, spanning a whopping 50 pages of non-stop action, increased the possibilities in this respect to unheard of dimensions.

The comicbook tells the story of twins on a quest to avenge their parents murdered by a power-hungry tyrant when they were babies. In order to achieve this feat, they have to enter several worlds, the first one being Earthworld, to win artefacts which shall help them. It's all a frantic, non-stop chase story. Written with tons of awkward, needless expository dialogue or inner monologue. Sporting comical character names such as “Tyrannus” and “Mentorr”. As it was normal at the time. The clear visual style with impressively large renditions of key creature encounters does its job flawlessly. 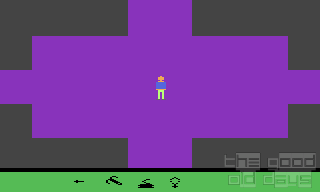 Welcome to the actual game

This, however, is unfortunately where with a more analytical view, a major disconnect becomes apparent. The Earthworld of the comicbook has the twins encounter mythological creatures, a manticore, a harpy, a giant crab, a weird shadow doppelganger. With whom they get into fights, but it is more for the sake of gamey competition rather than real antagonism, as it turns out.

The Earthworld of the game, on the other hand, consists of 12 completely identical looking rooms (save for colour coding), each of which is dedicated to a star sign. Four of them feature arcade style sequences, but none involve any mythological creatures. They are rather basic reaction games based on timing, like there were tons on the 2600. In the comicbook, there is no platform jumping, no running through laser beams (?) etc. A hugely wasted opportunity if there ever was one. 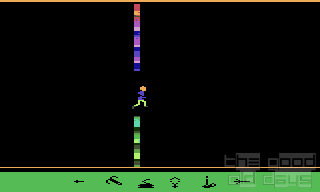 Don't remember this from the comicbook

Standard arcade challenges aside, the game mainly takes its cues from Atari's own original Adventure. Objects have to be collected in the rooms and used in the appropriate places in order to reveal clues referring back to the comicbook which then would form the secret solution sentence necessary to go on in the competition. Two things went wrong with this as well in terms of game design, unfortunately.

First, remember the elegant design of Adventure which allowed its player to perform everything directly on the main game screen? Earthworld does away with this. The rooms are completely devoid of anything, not even their corresponding star sign is shown graphically. To learn that, the player has to switch to a second, out-of-this-world screen which then also displays previously invisible, but present objects. While it works, it takes away much of the immediacy of the older game. 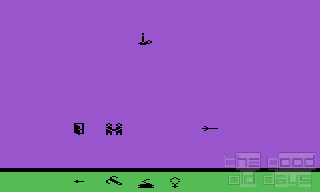 What to take, what to drop?

Second, there is no rhyme or reason to the objects' usage. It's not like “there is a chasm, so I will need the grappling hook”. Remember, all rooms are identical, so no chasms. No, you are required to randomly drop things anywhere and hope for the best. Adding insult to injury, this challenge is multi-dimensional, i.e. you don't just need to drop the right thing per place, but combinations of things in different places at once. With 15 objects and 12 rooms, you can calculate how many possible combinations there are.

It should be clear that without the competition as motivational factor, Earthworld simply is not a great game. The object dropping is incredibly boring, because there is no real challenge behind beyond patiently trying every possible combination. The arcade sequences are not nearly strong enough to carry the game otherwise. At least they could have linked them to what happens in the comicbook in some way, but no – the two clearly seem to have been made without any exchange or interaction. Outside the flashy title screen and the fluent 3D transition animation when walking from one room to the next, the game doesn't even look good, providing no sense of wonder with its fantasy setting. It remains a curiosity of high historical interest, but limited value. 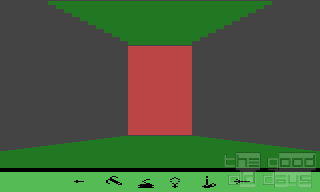 The Earthworld competition was indeed held back in 1982, however. Eight contestants were invited to play a specific toned-down version of the game (likely lost since then) with a new clue lookup sheet live. The winner was a 20-year-old man who was awarded the “Talisman of Penultimate Truth” which he allegedly disassembled and parts melted down to be sold for its material value. In our crazy times of videogame nostalgia, it would probably go for several times its mere material price intact, but who could have known at the time?

As the comicbook protagonists, players were sent on to Fireworld for their next chance to attain yet another artefact, but that's another story… 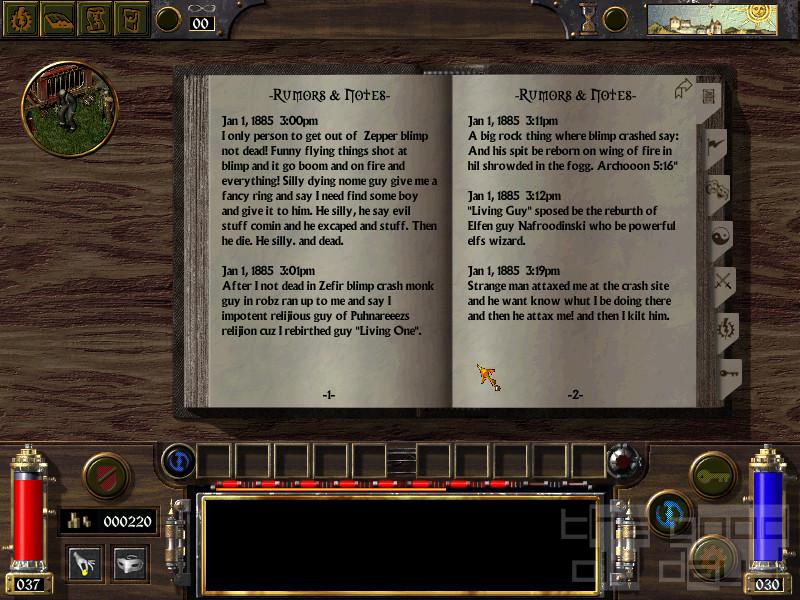