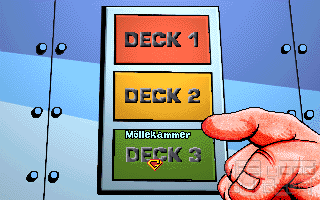 A dark backroom filled with smoke. The evil masterminds had a meeting. “How can we achieve world domination the fastest way?”, asked the overweight boss. The suspicious looking man on his right was playing with his knife but his mouth remained closed. For the first time, we can see the third man's face. He had been slumped back into his chair but now he was leaning forward on the table. He was wearing thick glasses, the little hair which is left was completely white. He's wearing a brown suit. “Can't we just do it like in the old days? Let's just fake the results of the elections!” Fury was glowing in the big cheese's eyes. “Stupid fool!”, he shouted out, “Oh Great Satan, why do I have to be surrounded by such idiots?”. Suddenly, a slim shadowy figure stepped out of a dark corner. The three looked surprised - they obviously had no idea there was someone else in the room. Stunned by the shock, they just looked at the mysterious man eyes wide open. Tension was building up in the air, the silence would have killed every normal being. At last, the figure began to speak: “I come directly from the the nameless one you serve.” “You mean.....”, was all the big cheese could gasp pointing his head eastwards. “Silence!” Despite his unimpressive appearance, the unknown person seemed to have some kind of natural authority over all the other men. “Listen to me carefully as I'll only say it once: the youth of today is the future voters. Control the youth, and the future is yours!” In the very next moment, the figure was gone again - as suddenly as it had appeared. But he had left inspiration in the other men's heads. “Heureka! Let's make a computer game!”, they shouted unisono.

This is how Captain Gysi und das Raumschiff Bonn came into existence. Or maybe not - I could have made this all up. But you'll have to live with the paining uncertainity! Some facts now. This game has been published by a German political party: the PDS. That's the Party of Democratic Socialism - the direct follow-up of the party which ruled the GDR with an iron fist. Nowadays, they always have to struggle to get into the parliament at all. In the western part, they are close to non-existent, in the eastern part however, they're still popular especially with older people.

The title hero of the game, Gregor Gysi is their best known and most respected member. One of the very few figures which actually could have a chance to get voted. So before the election of the parliament in 1998, the PDS decided a bit 'different' advertising can't hurt. The result is a pretty short and easy Adventure in classical style.

The controls could have been taken out of a Westwood Adventure: the omnipotent left click combined with the examining right click. Combined with the low number of locations and the puzzles ranging from obvious to brain-insulting, it's no problem solving the game within half an hour.

So the PDS programmers didn't stress the game aspect that much. Instead, they made sure the advertisement is actually implemented into the gameplay! Unlike in most other promotial games, the story itself is the not-so-subtle message. All the characters are taken from German politics, each item is some kind of allusion to a government decision. Even the rooms and decks of the spaceship are named after people!

Unfortunately, the advertisement level somehow kills a bit of the fun: it's just too much! Not subtle satire, but they try hammering it into your head! Don't get me wrong here, I don't consider this game stupid propaganda. In many cases, the criticism mentions the correct points. But this game is supposed to be funny. And it's as funny as Laurel & Hardy or circus clowns! Not quite what you expect from a political satire.

The positive aspects (professional game design, fair and logical puzzles) make it worth playing though. After all, it can never hurt to see things from another perspective, can it? Isn't that what democracy is all about? 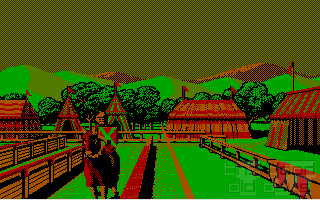