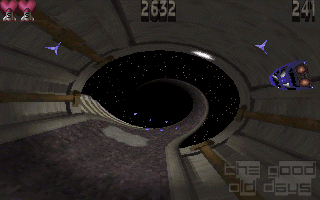 How should I categorize this game? It was a very close call between action and sports and the only reason I put it here is, that it's supposed to be racing. But a very action-based racer.

First of all, I should point out that this is not a commercial game. It was made by Bullfrog when they were working on High Octane, so Tube is most likely some kind of study object. It has been published in Germany by the well-known magazine PC Player (there are even their logos appearing in the game!). So the gameplay is a very early version of High Octane.

You're controlling some kind of space ship. It can drive forwards and backwards (you'll hardly ever need the second option), do small jumps and shoot. On the tracks, sometimes nasty enemies try to block your way or they even shoot at you. So you have to blow them all up because if they hit you, you'll loose one of your three 'lives'.

Your gun can be upgraded by collecting small pink things lying around. Beside the ordinary shots, there is also a limited amount of smartbombs available.

There are only three courses and they're all pretty similar. But then again, what can you expect from a free game which wasn't even published properly? The courses aren't bad though. You're always twisting around every possible and impossible axis.

For single players, the game is very easy to complete. It's just surviving and beating the clock. But if you survive, there's a 99% chance that you will beat the clock. Playing against another human is much more fun. And you don't even need more than one computer - it's works with a split screen.

Don't expect long term motivation from this game. It's really just a small joke objectively. But a good one...

LostInSpace (2018-06-23):
The idea of racing in a tube is not new. The game 'Psyborg' already existed on systems like Atari ST and Amiga.
[Reply] 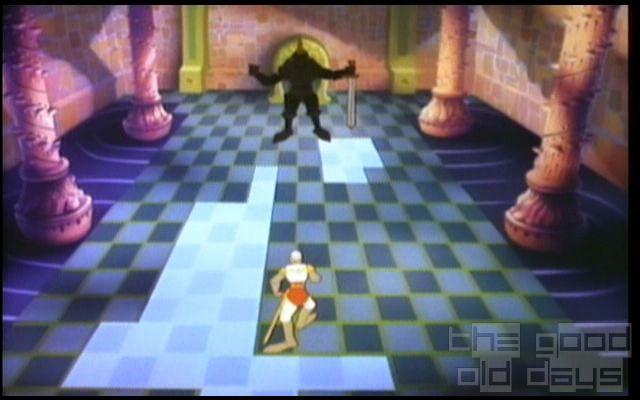