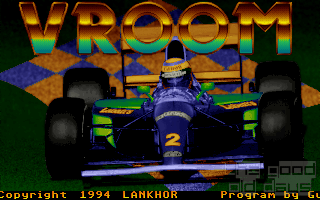 That's the way it happens sometimes: you're told by another gamer how great (or in this case at least good) a game is and how you should really try it. You do and get bored after a few minutes. You wonder if you just haven't found the good part so far, so you continue playing. But nothing happens! It just stays boring. Because that is what the game really is: boring.

Vroom has one of the most laughable names for a game I've ever heard. It sounds like some small child playing with its toy cars trying to imitate a motor sound! But what does that matter if the game itself doesn't follow that stereotype? It would not. But Vroom is unfortunately exactly what the name implies: childish and cheap.

Car racing has had two big waves of popularity. Vroom is hanging in the air somewhere between the first and second one. Not that this tells much about its quality. The concept has always been the same: be faster than your opponent. The only diversity in the genre is the difference between the arcade racers and the simulations.

Like most games, this one belongs to the first group. You're just driving without having to care much about car damage, fuel or settings. It does feature a few simulation aspects though. First of all, you can set a few things on your car: how hard the tires should be and all this minor stuff. And you can wreck your car if you crash into things too often (as indicated on two very small bar on the top of the screen). At least the tires can be exchanged in a pit stop.

That's about it though. At least in Arcade mode which was the only option I could get to run. 'Arcade' mode refers to the usual playing mode in the arcades: you start on one track and have to beat the clock. The other cars are just little nuisances. And as usual in these games, you only see them for as long as the blink of an eye anyway. As long as you stay on the track (with decent speed), you overtake them all one after another, if you crash into a tree (or whatever), a few will pull ahead again. That's the whole game.

One of the best known similar games should be Lotus Esprit Turbo Challenge. Compared to that one, Vroom isn't even all that bad. The graphics are decent (and it runs at the right speed on modern machines) and the levels of difficulty are done cleverly: the easier you've set it, the more driving aid you get (i.e. you won't drive out of curves that often). Unlike in Lotus with its automatic steering, you can drive on your own if you want to though.

But that is about the only thing which makes Vroom at least a half-decent game. The tracks are plainly boring, they lack any creativity, they're hardly recognizable even after driving them 20 times! The other 'drivers' must be the most useless 'feature' anyway. So if you are really into these arcade racers, Vroom might be the game for you. Otherwise, avoid it at any cost! 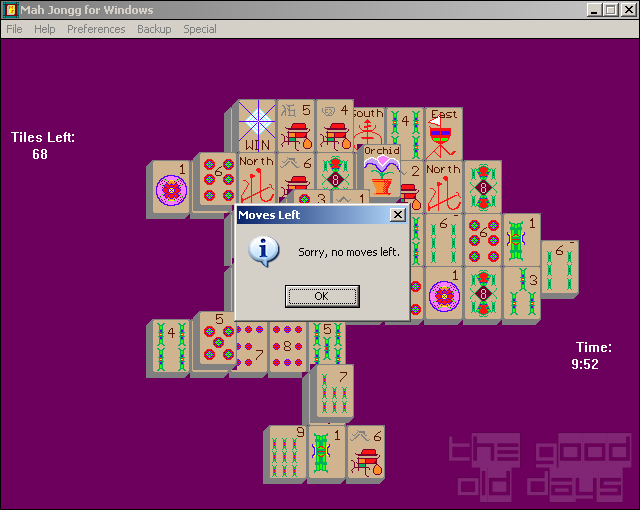