Ambush at Sorinor
for PC (DOS) 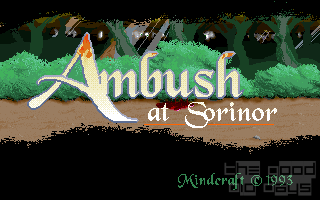 A peaceful escort making its way through the woods… the captain of the guards is looking around with suspicion in his eyes. He was right – ambush! Valiantly, he orders a couple of men to face the attackers with him, slowing them down while the rest of the soldiers try to get the royals to safety…

Like storming fortresses, laying ambushes (or avoiding them) is one of the classic asymmetric battle situations. So following up Siege with this game made perfect sense. Going head on against the trend of the time, Ambush virtually celebrates this inherent imbalance introduced in the predecessor by applying it to a slightly more varied background. 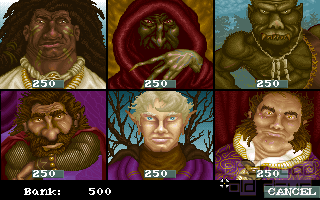 Each battle basically consists of one side trying to get their people from point A to point B while the other side attempts to stop this. The latter consists of carefully hiding soldiers inside woods or other rough terrain and placing traps at strategic points. Due to the former not knowing the plans of the attacking side exactly, their seemingly straightforward task becomes surprisingly complex as well. This is because both sides try to anticipate the other's plans beforehand and have to choose their own strategy accordingly.

This places most of the brainwork before of battle actually starts. While it may be a strange decision, this works in the game's favour in a way, due to a very unfortunate twist: In an attempt to give the player more tactical options, the developers crammed the sidebar full of action icons most of which are not only confusingly unclear, but also only commit a very atomic action each. What may sound great to expert control freaks does not work particularly well in the heat of the real-time battle: Committing just one medium-sized maneuver can take a dozen clicks or more. If you can get it done at all, since the registration of clicks is notoriously fickle.

Other enhancements work out much better. Most importantly, battles can now be played in a sort of campaign mode. This has the player in the role of a sort of manager of a band of mercenaries taking jobs from six different factions. The more jobs you finish successfully for one, the better the subsequent offers and the higher the pay. Though of course, quite often, the enemy in a mission will also be one of the other factions – which obviously won't like you working against them. 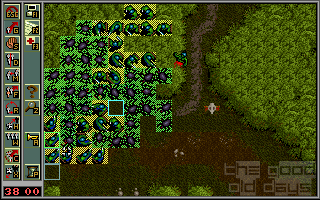 So one of the balancing acts is managing long-term sympathies: You could try to have two main employers and get to the highest possible levels with them or try the strategy of staying on moderately good relations with everybody. The other one is the management of your finances. At first, you don't have much of a choice but to make each mission profitable: The mercenaries you hire want to be paid, too, and their rates multiplied by the number you hire better stay below the sum you will earn. Later on, occasionally taking a loss-making job might also become part of the strategy.

One thing is missing, though: You can never actually build up your group. Each mission, you have to hire new soldiers again; you can't take the survivors from one mission to the next one. While this helps insofar that it gives you flexibility over which mission to take next (i.e. you can take lower paying jobs again), it also makes you dependant on the choice of soldiers offered along with the mission.

This is a problem, because the choices are not always the same and it is not even clear what they are dictated by; it seems rather arbitrary what is being offered to you. Also, you will only see which types of soldiers will be available for a mission after accepting it. So it can very well happen that you take an apparent routine mission which suddenly turns really hard just because there are no decent units available.

Where there is light, there is also dark. Ambush at Sorinor is an ambitious sequel, because it tries to adapt Siege's concept into a new setting instead of just rehashing it. It does many things right, taking things to a completely new, fascinating level on the one hand. On the other hand, it has major issues in the way some of these things have been implemented. It is a game which sounds excellent on the drawing board, but when you actually start playing it, it has its clunky edges and at times, it can even become frustrating. Personally, I keep coming back to it on a semi-regular basis anyways.

Ambush at Sorinor is an improved sequel to Siege with a lot of needed improvements such as campaign mode and better unit variety. Athough it's just a string of all missions played in consecutive order, the campaign mode is interesting and actually tells a coherent fantasy story.

Gameplay is still limited to tactical combat, where you are either a defender or an attacker. Instead of commanding a set number of units as in Siege, here you hire a number of mercenaries with your available funds and deploy them on the map. The type of mercenary available for hire depends on the type of mission taken, thereby ensuring that each mission will be refreshing and require different tactics to succeed.

There are wildly differing combatants in the game (nearly 100 types), each with their own prices, ratings (speed, attack, defense, weapons, armor) and abilities. In addition to traditional fantasy units e.g. orcs, goblins, etc., there are humorous units you can use, including battle cattle, defense lawyers, mermans and war chickens(!) Some units have special abilities you can exploit, although most of them are just different ranged attacks. A few, such as wraithes who can blend in with their surroundings, are unique and are therefore very valuable. A nice addition to the Siege engine is the ability to buy and place traps at the start of every mission.

Overall, Ambush at Sorinor is a big improvement from Siege, although it still suffers from poor AI and cumbersome interface. A well-written fantasy plot, a wide variety of battle terrain (from forests to deserts), and additional gameplay features are a welcome change, though. The built-in scenario editor has also been improved and is now much easier to use. Arguably the best game in Mindcraft's tactical combat series, and well worth a try for all budding fantasy generals and anyone who likes this genre but doesn't have a lot of free time to invest in complex games. 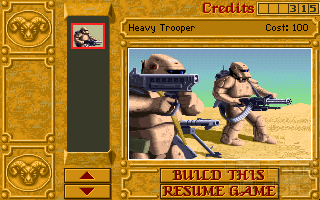