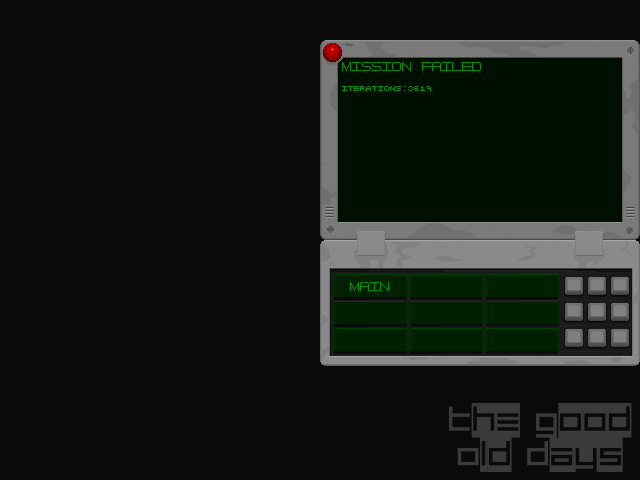 Parashooter - one of the two games I never managed to make a screenshot of! Highly promising slogan, eh? Well, it does show some technical sophistication on the programmer's side at least. Or it could be my inability to use Windows where this game runs in...

That forces me to write in a 'graphical style' (erm.... nevermind). Parashooter is a remake of Paratrooper. Instead of repeating everything about the basic concept, I ask you to take a look at that review and then come back here to read about the differences and changes. Done reading? Then let's begin!

First of all, there is of course the graphics. Parashooter uses nicely rendered models of air transports and bombers combined with neat pixilized paratroopers. Definitely a plus over the four-coloured CGA original! Fortunately, it's not overdone with 'cool effects' which would destroy the classic feeling. Same goes for the sound.

Gameplay has changed quite a bit, too. As the programmer told me, he didn't have the original Paratrooper when he made his game, so that is where the changes might come from. If I didn't know that, I'd say he just made intentional changes to improve the classic gameplay

What you'll notice first is that you can now move your anti-aircraft gun horizontally. This comes very handy trying to avoid being hit by carpet bombing (in Paratrooper, you have to shoot the bombs which you can do here, too). A second type of ammunition has been added, but that's not so important since you'll be holding down both fire buttons all the time anyway - it doesn't hurt your score anymore.

The other more important change is the behaviour of the soldiers: Instead of doing the circus trick (climbing up your cannon in the form of a human pyramid), they're trying to destroy your gun with their machine guns. So even only one single of them can be deadly! On the other hand, you can survive even a whole pack of them landing safely if you're lucky. I guess that's what they call 'realism'.

All these changes are actually advantages - and I don't think anyone will disagree with me there. The limitation to a stationary gun in the original game most likely wasn't so much of a feature but more of a technical limitation! Sure, a few more pixels would have been nice, but in the heat of the action, with all the debris flying around, you certainly won't have much time to complain about that

Johann67:
Feel free to share anything about Paratrooper (1984) here!
[Reply] 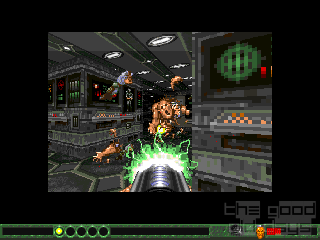