Aces of the Deep
for PC (DOS) 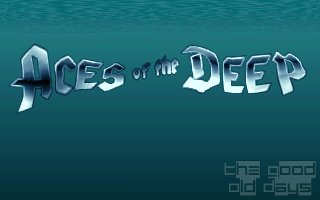 Aces of the Deep is IMHO the best part of the 'Aces'-series and by far the best WW2 submarine simulation. No other game could catch the intense battle of the German subs in the Atlantic in such realistic way like AoD. Actual submarine and weapon developments, changes in convoy tactics, improving air cover of the Atlantic, historical events - everything you can expect is implemented in this game.

At the start you can choose between a single mission (random or historical) and a career. Single historical missions let you replay remarkable successes by the German 'Grey Wolves' or especially intense convoy battles. But of course it's most interesting to play a career.

You can select out of eight different starting periods which represent important stages of the Atlantic war. Being historically very accurate, you'll have the best time between 1939-1942, whereas in 1943-45 survival is your only goal.

In your base you can have a look at the rankings and find out who has sunk the most tonnage. Or how about a visit to the next night club? Chatting with fellow commanders you hear the latest rumours and gossip. But finally it's time to set sail (metaphorically, of course!). In a short briefing you're assigned to patrol a certain sector like AL 86 (the German navy encoded the whole Atlantic and Mediterranian Sea in this way to prevent the British secret service from knowing the whereabouts of their subs). Next you plot a course to the desired destination and start your diesels. Whereas you can cruise mostly surfaced in the early stages of the war it's quite suicidal to do that later as many radar-equipped planes are on patrol and will very likely catch you off guard.

Some day your lookout will sight an enemy ship. Vessels which are travelling alone should be considered easy prey. But it starts to get interesting when you encounter a convoy with 10-60 freighters and 1-12 escorts. Again it depends on the year if attacking such a convoy is quite easy or a suicide commando. In the early years you will find smaller, less escorted convoys but later the number of ships gets bigger and bigger (both freighters and escorts), destroyers are equipped with radar and sometimes even a small aircraft carrier provides aerial cover for the worthy load. Before radar surface attacks by night or thick fog boast the biggest chances of success whereas later you can only wait submerged for the convoy to run over you and thus have a chance to get some shots in. After your attack you can expect long depth charge bombardments by the escorts which are also getting more precise and devastating the later you play. Evading them is an art in itself. By diving deeply and running very silently you have a certain chance to escape but the more escorts are chasing you the less your prospects of success are. Then it's up to pure luck.

A brilliantly converted aspect of convoy battles is the possibility of building 'wolfpacks'. When you sight a convoy you send a message to the Headquarters. Then you have to transmit your position every hour, giving other German subs the chance to catch up with you. And when finally the night has come all the U-Boats attack at once thus splitting up the defence and greatly improving each sub's chance of wreaking havoc on the freighters.

Another feature is the possibility to refuel on sea. When you're very low on fuel you can ask the HQ to send you another boat for refueling. Then you're given coordinates and a time where and when to meet and so you get as much fuel as needed for returning to your base.

As you may have noticed AoD very strictly sticks to historical developments. Starting early in the war means that you will first take command of a small Type II U-Boat and after some success will be offered a bigger sub (Type VII or IX). You will also have to get through the (historically accurate) situation in 1940 where German torpedoes proved to be very unreliable. Later in the war more modern torpedoes were developed, for example a homing torpedo which actively seeks out noises like destroyer screws or a torpedo which can be programmed on a zig-zag course. But Allied developments prove to be much more successful, mainly the ever increasing air cover of the Atlantic and the installment of radar on ships and planes which make surface attacks nearly impossible.

From mid 1940 on Germany had several bases on the French Atlantic coast which were transformed into U-Boat bases like Lorient, St. Nazaire or La Pallice. This greatly reduces the time you must spend on getting to your assigned sector and vice versa.

A quite revolutionary development (which was sold as a separate scenario disk) is already implemented in this game file: the Type XXI. It is one of the first real submarines because its underwater speed is higher than its surfaced speed. It was put into service too late to be of any significant use but in AoD you can command such a fine boat from 1943 on.

Well, again I could continue for hours praising this brilliant game but I'll have to find an end. If you've ever looked for an accurate and thrilling submarine simulation (I know Silent Hunter and it's boring compared to this one!) look no further - you've found the epitome of the genre. This is one of my all-time-top-5 and will ever be so! You don't have it? What are you waiting for??? 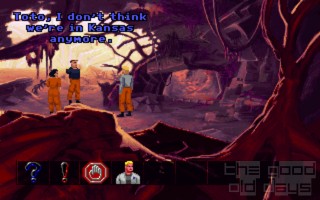