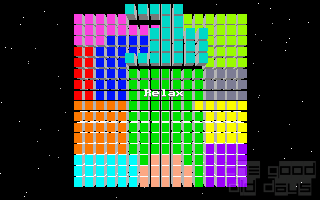 Now what should you think of this? A pseudo-esoteric 3D Sim with an unusual soundtrack. Yeah... that pretty much describes it. That's all? Hell no, of course not. The goal of the game itself is a bit unclear, but usually you have to find your way out of the room you are in, which in some cases is not difficult at all - at least it seems so - just jumping up those stairs. Yeah, you think - the gravity is different in those rooms, some stairs are just moving away and not all the doors you might want to use as an exit are open - you sometimes have to use crystals to open the doors. Nasty thing about this is that you can't even leave through the door you entered all the time - nice surprise to fall down from just below the roof, defintely eliminates the possibility of using that door again - hehe.

Might all sound pretty hectic now - but that's just if you play in Action-Mode - there's also the Emotion-Mode in which the game is said to have certain effects on your brain according to the section you are playing in (e.g. 'concentrate', 'meditation') - guess you can pretty much forget about that, but still, it can be quite enjoying to play without time-limits ...and the soundtrack is really not bad - not even on the PC-Beeper.

Jennifer:
I came across this game at a garage sale about 10 years ago and its still one of my favorites.
[Reply] 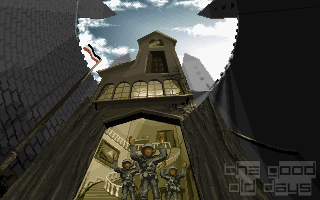