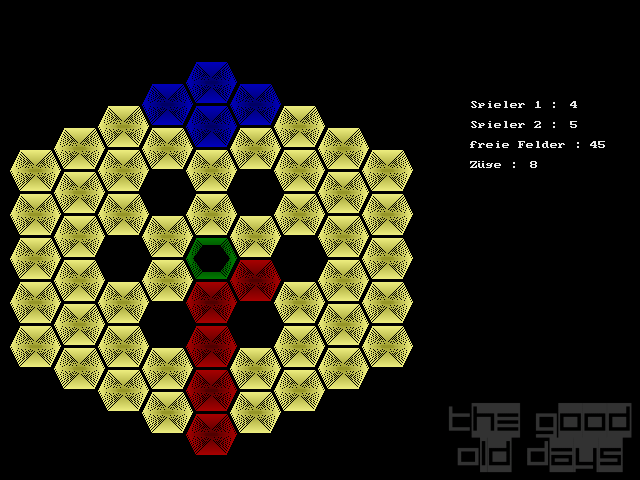 It's the year 2023/24. After a devastating nuclear war which wiped out almost all life the only 2 survivors, Borislav and William Jefferson leave their respective caves in the Himalaya to take a look at what's left. After some days they happen to meet on a tiny path, surrounded on both sides by gaping cliffs. Only one can go on, the other must jump into oblivion. But how decide who that will be? Well, why not with a board game called UGH.

That's where the epilogue ends and the game starts. It's a quite simple board game, but unfortunately I'm not a that board game player to judge if there are any similarities to existing and well known board games.
The game is played on a hexagonal board divided into hexagonal tiles. Each player (either human-human, human-PC or PC-PC) starts with either 1 or 3 stones, depending on the game type chosen, on opposing sides of the board. Each player moves one stone per turn by either placing a new one next to an existing one or by jumping with a stone 2 tiles wide, but leaving an empty tile behind.
If a stone is placed next to one or more opponent's stones, all of them change color and sides. This is also the goal of the game, to turn most or all of the opponent's stones to your color and side.

There's no time or round limit, but it's also not necessary as one game usually takes a couple of minutes or so. The AI comes in two levels, is not too dumb and an unwary player might face an unpleasant surprise really fast. But naturally games like this one are most fun when played against a human opponent.

I found the game a bit tricky to start, bringing up strange error messages before agreeing to work. Just try around with the .exes and .bats you can find and eventually it will work. There's also a short manual included, but only in German...
The game also quite successfully denied me taking screenshots of it so you have to look for yourself if you want to find out about it.

To summarize it, for a game made by (from what I understand) 2 students it's really a nice try considering the AI is quite capable (or I'm just an appalling board game player

) so if you're into games of that kind why not have a look at it? 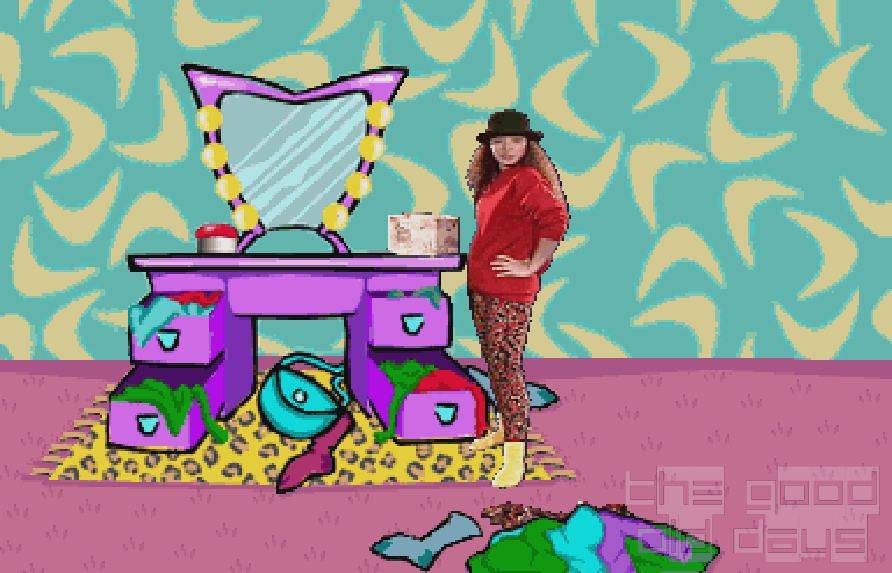