Indiana Jones and his Desktop Adventures
for PC (Windows) 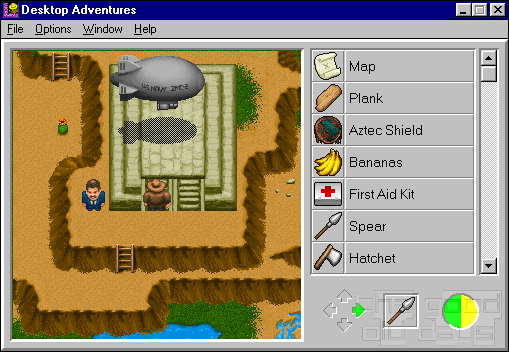 The daily life of Dr. Henry Jones Jr. Somewhere in Central America, he's carrying out his archeological duties. It all starts with his colleague Marcus Brody giving him his latest assignment. It usually concerns finding an artifact before a competing archeologist does, freeing someone from the clutches of the nazis or something similar. The best thing about it: every time you start the game, you get a different adventure to play. Or at least that's what the advertisement says.

Examined more closely, this promise turns out to be similar to the 'free unlimited space and bandwidth' hosting offers of the 90s: Once you actually try to use the 'unlimited capacity', it turns out to be anything but that. Until that happens and you get the same job twice, quite some time passes, though, so it doesn't matter much.

Using such a randomizer also has its downsides, of course. Puzzles are limited to four simple types: completely obvious usages of items which have been just found (e.g. use a plank to repair a bridge), giving items to people to get other items in exchange (the people directly tell what they want and what they'll give), giving items to people to be able to pass (again, the people tell what they want) and simple Sokoban - style pushing and pulling of rocks.

To make the game longer, there are enemies running around. Nazi soldiers, aggressive savages, snakes, scorpions and giant spiders are just waiting to be killed with either Indy's famous whip or another weapon he picks up during his quest.

Both the strength of these enemies and the size of the 'world' can be set, and so a typical game lasts between ten minutes and an hour. Not anything to train the brain with. Not the sequel of Fate of Atlantis which the fans had been waiting for. Just a nice waste of time for the lunch break. 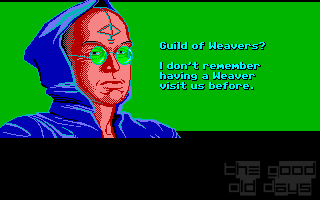