Spirit of Excalibur
for PC (DOS) 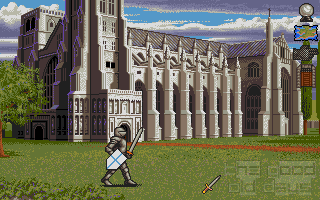 King Arthur is dead, and you, sir Constantine, are the only hope of reuniting England and avoiding the arrival of the dark age in which the roman empire has succumbed. Your knight and their deeds will be your tools for this, as your words should be backed up to show yours is the right path.

This game's main point is the parties system, there isn't a party of your characters controlled directly by you but parties of your knights, armies and helpers. Form one, select their destination and wait (you can change the game speed, luckily) until they arrive; but in the map the time advances continually, so you must coordinate your groups, and be faster than your enemies that won't doubt to murder your people and burn your cities.

The game itself consists in three parts: exploration, where you will be talking with people to get information, using magic, demanding things, buy them instead or bribing people with the aim of getting help against the dangers and the loyalty of lesser kingdoms and important knights. Man to man fights, against enemy knights, saxons or demonic beasts, where you can fight manually or giving orders to the party members, asking them to use objects, fight in place of whoever is fighting or use more magic. And the battles, which I haven't tried much, as I always choose to just see the outcome instead of controlling it (a thing that can also be done with single fights, but doing so you can not search the bodies), where you control soldiers and your knights in the battle.

It is well crafted, but with the addition of a well cared background and mood it becomes better. Outside the game, the manual contains all the past of this mythical England and useful descriptions of its present and the chapters of the game. Inside, the characters have their own personalities, that react to other characters, commonly asking for a test of arms, maybe even for a duel to the death, or simply will being more friendly; and Arthuric feeling in the places, people and situations.

Trying to maintain this setting, all your characters have two statistics that should be kept at their highest, faith and nobility. Let them lose them and they will betray you, or just leave, being the knight ashamed and you with less help in a time when all the possible is needed.

For raising them you have two possibilities, send them to a holy building and leave them there praying, for their faith; or make them help people and accept their quests, improving their nobility and getting always the gratitude of your people.

Wandrell (2006-11-07):
I have not played it, but will take a look. Here the armies you get depend of what you have done in the past, as in a chapter an army may be guarding a city in a kingdom that maybe you didn't get or be serving a knight, if he didn't die or abandon you.
Mr Creosote (2006-11-06):
Looks and sounds a lot like Rings of Medusa without the trading.
[Reply] 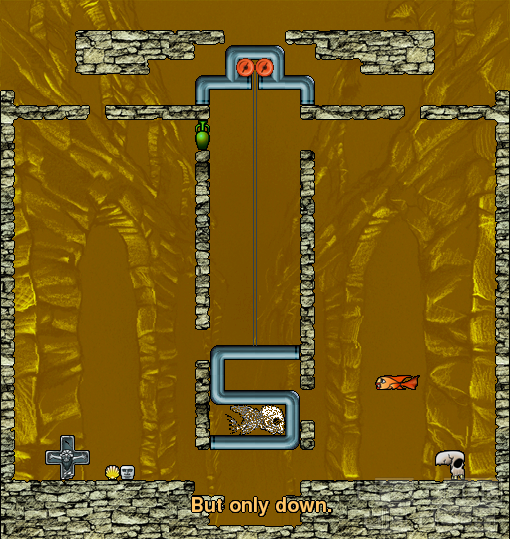