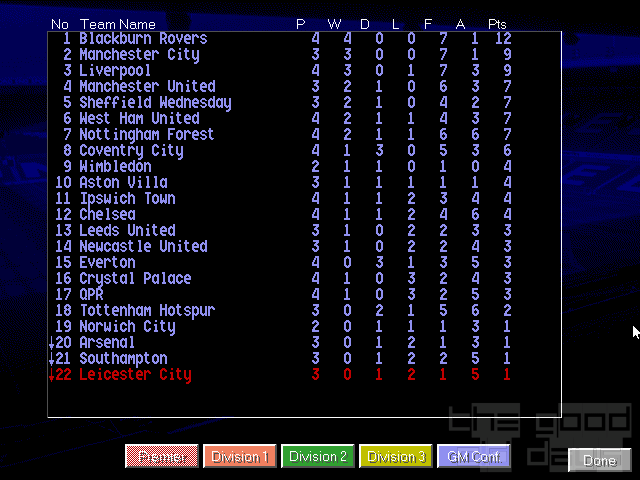 So, the evolving of this review was a bit odd. I had this game up at my old site The Keep and when I was going through the games at that site to see which ones might be worth being transferred over to The Good Old Days I came across this one. The review of it wasn't even short, so technically I could have just packed things up and sent them over to Mr Creosote. But then I decided that the screenshots weren't so great and I'd better make some new ones. Well well... I then started the game and tried to find my way around it.

Just so you understand - in my old review I wrote the game was easy to get into and while scoring needs experience defending was easy. Soooo... well... no. My first mistake was to ignore the setup. I just started the game and was confused by the weird controls. When I found out what to press to run into the desired directions I got out my gamepad and joytokey so I could somewhat play this. I mean - the keys were “o” for left, “p” for right, “q” for up and “a” for down. Not the best selection. Anyway. I had them set up for my gamepad and was ready to go. And soon I started hating this game. There simply was no choice to do anything right. Now you have to know that I never was the best at playing things that require quick reactions and things, but well - even in a human against human match I couldn't score a single goal - and I played several of those without success. I got frustrated and put the game away. I was convinced I couldn't just take the old review and couldn't write a new one because the game just plain sucked.

Then the other day I remembered my analog joystick and wondered if I could get that one to run. That was when I opened my eyes and actually saw that there was this setup.exe - and well well - there I went and found a way to actually get my players to do what I wanted. Now I could at least score in human against human matches. But I wanted more, so I started playing the whole league. Maybe it wasn't the best idea to take one of the weaker teams (Leicester City) - but I still somehow believed my old review which said that you can pretty much forget about player stats and that only speed was somewhat helpful. Let me just say this: That is wrong!

But back to the story - I still lost almost all of my matches, but at least I scored a goal or two. And I managed to get ONE 1:1. Boy, was I proud!

Having played this game for a few days again now I realize that it is possible to play this one very well. The management functions are not to be underestimated. It helps getting a star player or two on board. But overall the action part is still dominant. I do like the isometric view and the ballhandling itself. It's pretty much like sensible soccer, but you got more ballcontrol I would say. Makes things a bit easier in my opinion. What I dislike a bit is that the goalkeepers are just a little bit too good. Okay well, there has to be something in between you and the goal, but in comparison it's usually too easy to get past the defenders but THEN too hard to get past the goalkeeper. They sometimes seem to have magnetic hands or something. That's a bit unrealistic and often frustrating - especially because your own goalkeeper will usually not act like that.

But even taking that into consideration I was tempted giving this one a 4/6 rating. What put me off in the end was the fact that this game is from 1995. The graphics simply look like 1990. Now I'm not a graphic-fetishist - far from it! But Footballgames live from the atmosphere and it's simply not necessary to go so far behind technical standards in a commercial game. 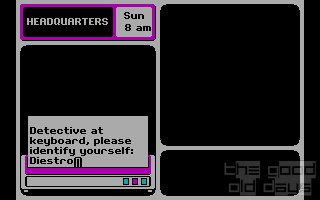