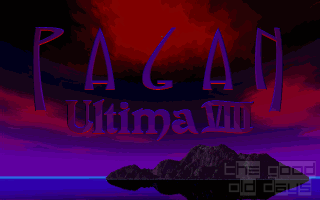 Ultima VIII - Pagan. The Guardian has banished the Avatar to Pagan, a world he controls. Now it is up to you (aka the Avatar) to make it back to your own world. You find yourself near the town Tenebrae which is ruled by Mordea - who is leading something best described as a terror regime. Among other things it's one of your goals to defeat her.

Of all Ultimas Pagan probably leaves the basic idea of the series behind the longest way. While the first 3 parts are not based on the principle of the eight virtues, this background story was ever evolving from Ultima IV on. The title of “Avatar” was always bound to the virtues (you only become “the Avatar” in Ultima IV). In Pagan you got to steal, lie, murder to reach your goals. While you ARE in the domain of the enemy, this linear plot (you cannot win the game without this) leaves a bad taste in the mouths of those who have impersonated the Avatar throughout the previous Ultimas. Also this game is more based on actions like jumping and running than any previous game of the series. While this must not necessarily be a bad thing it didn't make all too many people happy - especially not many of the fans of the old Ultima games. Basic arcade skills are needed to make it through the game.

However - not everything is bad about this game - the atmosphere is intense, you really get the feeling of this twilight world you're stranded in. While I personally liked the style of the graphics in Ultima VII better, the movements here are more realistic. You can also already see some similarities to the graphics later used in Ultima Online (I could swear some graphics are even 1:1 copies...).

) - it's not that a good Ultima, it's a good game in general though.

Pagan, the guardian's throne world, from where he is the unquestioned sovereign of countless world, the place where he prepares his conquests through wits and deceit. And it ends on this, a dying world with a confusing relation to the guardian.

I always loved how you can get anywhere jumping and running, and that it still has many places to explore, even though the catacombs are a bit oppresive and take a big part of the game. But the game lacks, more if you read what they wanted to add to the game, and that is why I left it after reviewing the others. 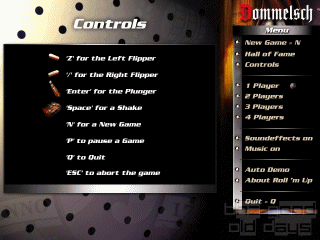