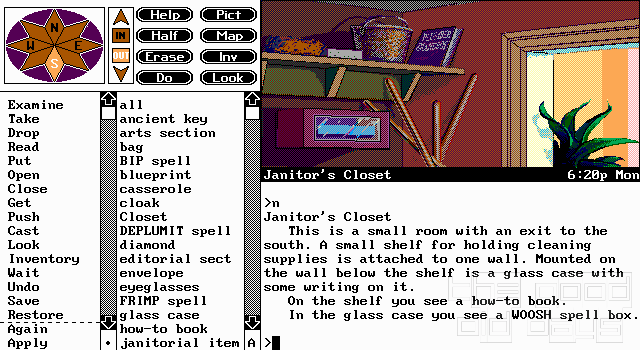 Earnie Eaglebeak, the first game's geeky hero, is back at Sorcerer University for his second year. His goal this time: studying very hard. Just kidding - he wants to join a fraternity and to be accepted, he has to go through a number of initiation rituals. In addition, SU president Tickingclock asks him to solve the riddles the Sorcerer's Appliance (a mystic piece of machinery which played a vital part in the predecessor) holds.

A major irritation with Spellcasting 101 was that the game actually didn't revolve much around the campus life. This is noticeably different in 202. Although the game is still divided into chapters, most of them take place in the same places (no island hopping anymore). The question, of course, is, whether this is a change for the good.

Story-wise - certainly. I can't say I'm a huge fan of these frat / prank themed movies (you know... Revenge of the Nerds and all), and that part isn't done too original here, either. Standard fare, exactly what you'd expect. Gameplay-wise - sorry, but with the 'themed' islands gone, the themed puzzles are gone as well. Many imaginative uses of magic, but not quite as brain-bending anymore.

That 'just a little less than in the predecessor' feeling goes all the way through the game. Lots and lots of jokes, but always a little less. 'Romantic' encounters with women (at least in 'naughty' mode), but not all that many. An so on.

This makes Spellcasting 201 a paradox in gaming history: A very good and disappointing game. It's a bad sequel, although it basically does everything right (in spite of everything, a game about a university should be about university life - which the first part isn't). Then again, it's a good game on its own right - it just never manages to surpass the first part in any aspect. And at least there should be something standing out... 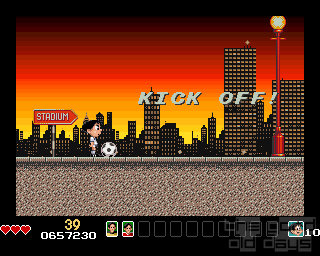