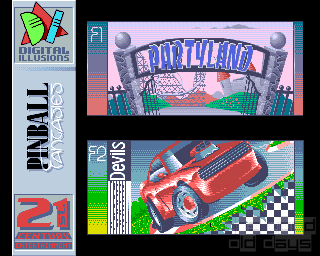 Released the same year as its predecessor, Pinball Fantasies again provides you with four new tables for you to enjoy.

The name says it all: you're entering the plastic world of a theme park. Very well placed targets and ramps, clear and clever interaction between them. Two ramps are only accessable via the third paddle on the upper half of the table. Partyland is pure fun - just what such a park should be!

The same amount of targets as the above table and even also a third paddle, but unfortunately, not nearly the same amount of fun. Speed Devils is lacking a real goal. All you're doing is basically just shooting the same ramp all the time with no risk of ever losing the ball, because you can easily keep it in the upper part. Just boring. No collection can be perfect it seems.

Win a boat, win a trip, win a TV, win whatever money can buy - and find true happiness! This table is dominated by a few ramps which are accessable via different angles to keep the player's interest up. Definitely above average, but it can't quite hold up against the competition. A good third place.

Another true highlight! Similar to Pinball Dreams' Nightmare, but executed several levels better. This is the only table of Pinball Fantasies without a third paddle. Instead, Stones 'n' Bones has the 'Tower': A special target in which you can get lots of different boni. To access it, you have to fulfill several requirements to open it first. Of course, there are other valuable targets as well. Endless fun!

Technically, Pinball Fantasies isn't different from Pinball Dreams. The engine, the graphics, the ball physics - all the same. Still, this game is vastly superior to its predecessor, because of the choice of tables being infinitely better! Three very good tables, each of which would have been the sole highlight of Dreams. Even Speed Devils would have fared well in the other collection. One of the best pinball simulators ever! 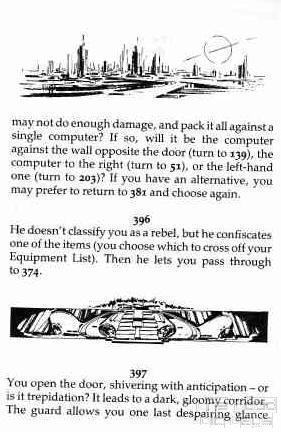