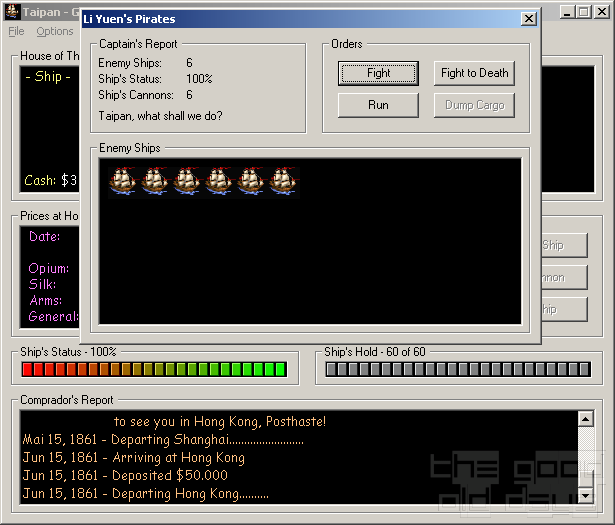 The game is not THAT hard, but got a nice atmosphere and its concept is easy enough to understand to have fun very fast and you'll see how much of a capitalist you are when you just can't get enough. My first gaming session got me up to about 150 millions - there's this certain addiction just making you want to increase your wealth a bit more to see if you can make it to the next higher title (I was “Master Taipan” at 150 millions - and that's not the highest).

At first I just wanted to use this review and be done with it. Then I thought nah... That sounds strange. THIS game is supposed to be a “true gem”? Doesn't look like it. So I did what I have to do: I tried it again. The game's interface - as you can see - is minimalistic. And so are the options... Playing the game is intuitive - you don't really need explanations.

Elwood:
Feel free to share anything about Taipan for Windows (2002) here!
[Reply] 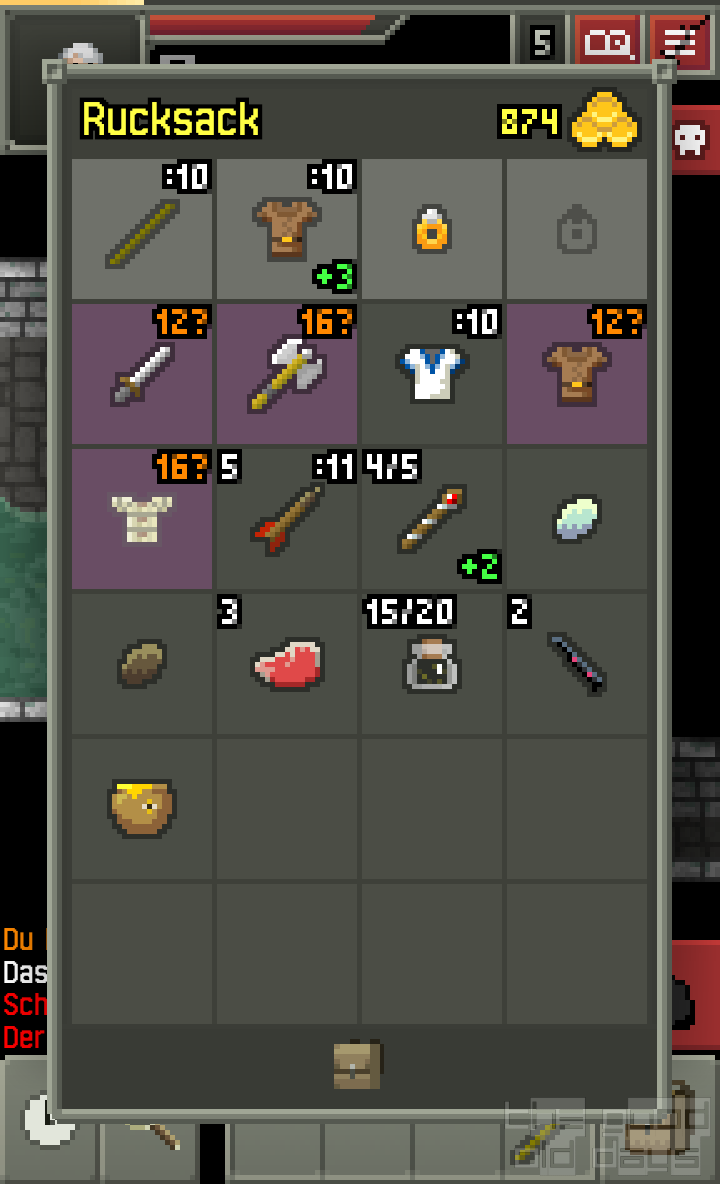