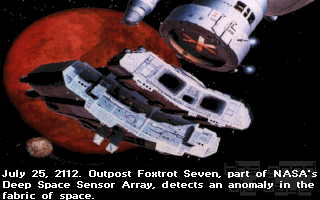 A large alien spacecraft is approaching earth. The United Nations see this as the opportunity for mankind to establish peaceful relations with extraterrestrials. An illustrious group of representatives is selected to approach the vessel in a small space shuttle. The protagonist, being a veteran 'prospector' of the Gateway project (as told in the first part), is supposed to teach some of what he learned on his travels to distant planets to these people. An easy job. But then, things go terribly wrong: A terrorist group of religious fanatics attacks the facility with poison gas and firearms - the shuttle is the only chance of escape and so the player suddenly finds himself all alone heading towards the alien ship... 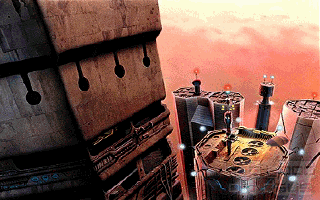 This frantic first act doesn't just introduce the plot, it also serves as a light-weight introduction to the gameplay: The goals are clear (escape), the world evolves in a linear way (progress goes room-by-room) and the puzzles are straightforward, yet satisfyingly non-trivial.

After arriving on the alien ship, things become more traditional as the game slowly wides its scope. Many accessible locations, parallel puzzle challenges and branches and, of course, lots of exploration of a seemingly abandoned vessel, tinkering with alien technology and encounters with monsters.

This means that the story aspect takes the back seat as expert players are treated with some of the most imaginative puzzles ever to grace the computer screen. But plot fanatics need not dispair: In the end, even the secret of the disappearance of the mysterious Heechee race is solved.

Gateway 2, being the last game to use Legend's classic text-based interface, is a worthy swan song of the Text Adventure genre. Subsequently, they moved into Graphic Adventures, with more and more dumbed down gameplay and interfaces. This game, however, shows once more what Adventures used to be about. Sad that this should be the end (at least as far as the commercial market was concerned), but nevertheless a breathtaking experience! 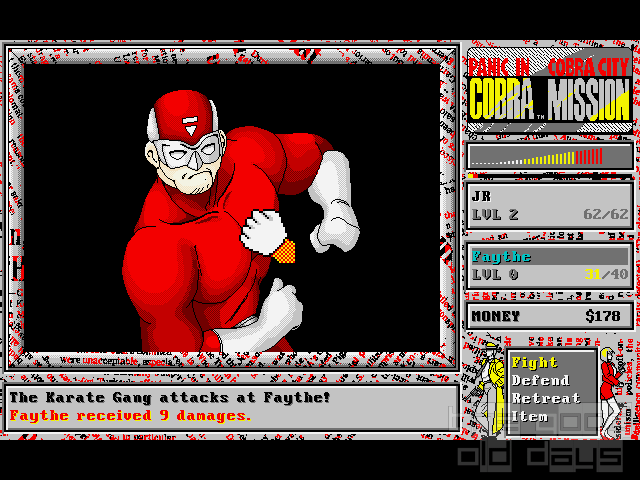