The Hours
for Interpreter (Glulx) 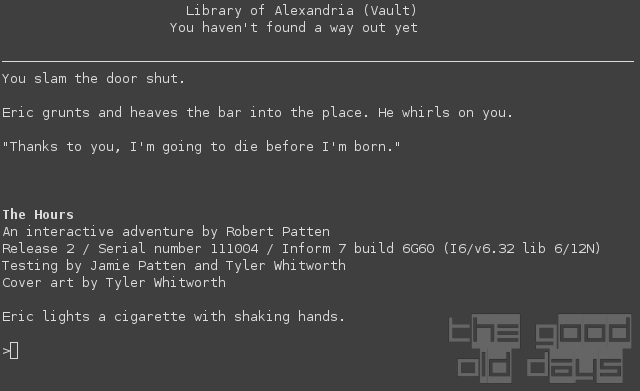 The Hours is a time-travelling organisation, sending agents into the past to carry out missions; not necessarily just those for the betterment of humanity – if a rich collector asks for something, much is possible. If it is doable within the laws of time travel at least, i.e. without changing history. The protagonist has just started working here. Her first mission has taken her to ancient Egypt. Together with Eric, an expert for ancient languages, she is supposed to steal a couple of books before the famous library of Alexandria will be devoured by fire. The mission goes horribly wrong – but, as it turns out, not quite by accident.

At the heart of the big conspiracy, the player uncovers a time travel logic of branching realities and identities, as found in David Gerrold's novel The Man Who Folded Himself, for example. In the tradition of classic science fiction, there is even a twist ending putting the player back into a close-looped timeline like in Heinlein's By His Bootstraps, mixing the roles of villain and victim/hero up completely. So this is intelligent stuff, even if the even bigger revelations come a little quickly after the first one.

Nevertheless, The Hours fails in another respect: Although it claims to be 'an interactive adventure', the interactivity is severely lacking. The classic input parser has been done away with almost completely; the player is either supposed to enter just keywords (which, more often than not, he is told of by the game) or even just select an option from a multiple choice menu. In most cases, the choices only change the text following immediately slightly. No medium or long-term effects.

At least the game admittedly tries: It all starts with a frantic prologue, later you can even select the protagonists gender and there are sequences in which the game drops the player back to the classic command prompt. Just that the actual options are always very limited. This shows especially severely in the very limited set of commands understood.

I would probably have preferred to read this as a static short story. As such, it is excellent. But this is not a positive attribute for a game. 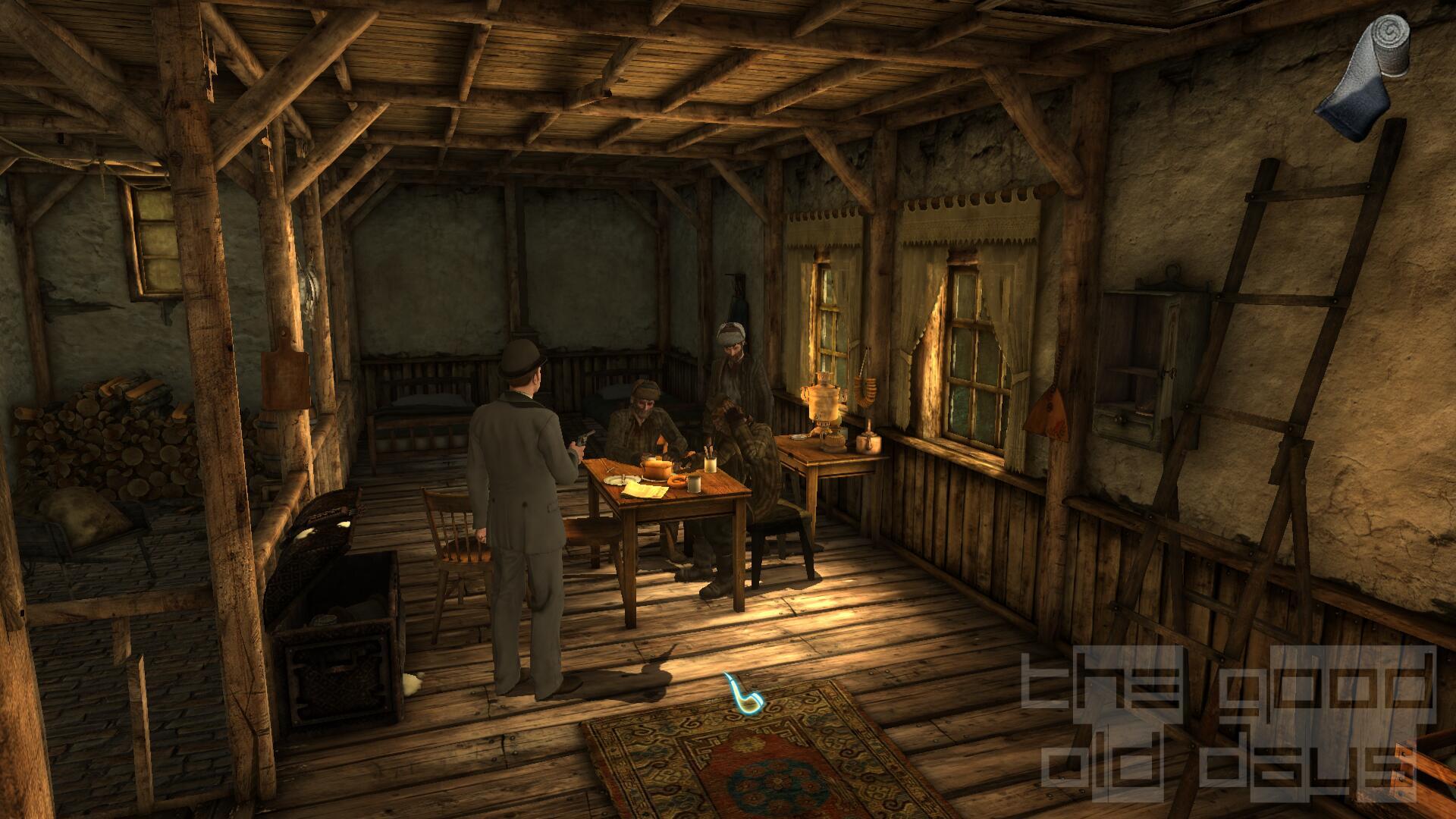