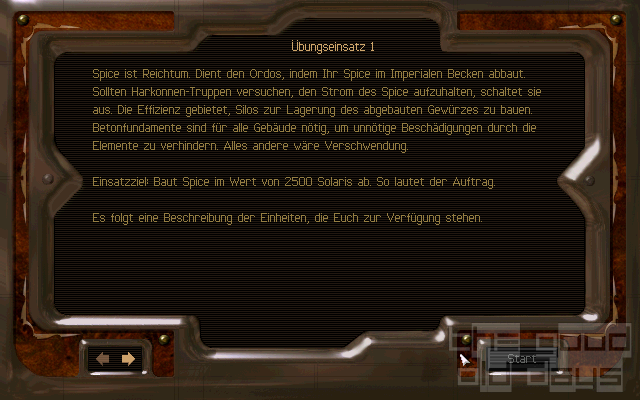 Btw: There are some things about this game (besides the bad translation of the opening quote in the German version), I didn't want to mention in the review, for they are of a very highly subjective nature.

Back in the days I loved the game a bit more, because I was an absolute Dune fan, especially hyped by watching the Lynch film several times since my childhood (it might not be the most coherent film of all times, but it certainly has Style) and recently having read the novels for the first time. Also I never had played any of the Command&Conquer games. On top of that it had the bonus of being a christmas present.

So I had a lot of fun romping through the endless dunes, and it really felt like a better Dune II with great atmosphere. Having a LAN at home, I was really glad they included a multiplayer part, which was one of the first games I exentsively played against some human opponents.

As for many of the C&C derivates, there is an editor (called TibEd, probably should have added it in the link section), which lets you mod the units. Me and a friend had one of the hardest laughs in our lives, when we edited the siege tank, so it could fire over an indefinite range, in a continous burst. The bullets being yellow and coming from a fitting barrel didn't help that much to calm us down.

Nowadays, after playing a lot of similar games, I have to say, that (in a general sense) it really isn't all that special and something of a reminder, that all those re-boots, -imagenings and -interpreations to cash-in on nostalgia aren't all that new (somewhat of a reboot in themselves

Still I would have given the game a higher score (like a 4), if either the balance or the mission design would have been better. 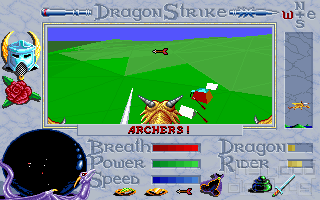