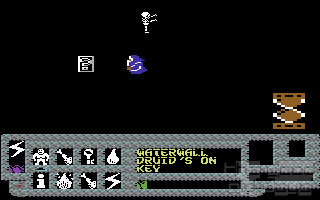 Instead of the three attacks you had in Druid, there is now only one. On the whole, the number of spells has been increased to thirty, though, so there are a lot of 'misc' spells now which are useful in different situations. You can't carry them all at the same time, though - your 'inventory' is limited to eight different ones. To pick up a new one, you sometimes have to drop another and hope you won't need it anymore. That brings in a small strategical component, but it can of course also lead to frustration (“Why did I leave that one there in the middle of the dark caves???”). 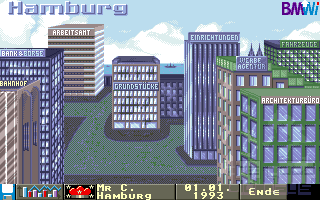