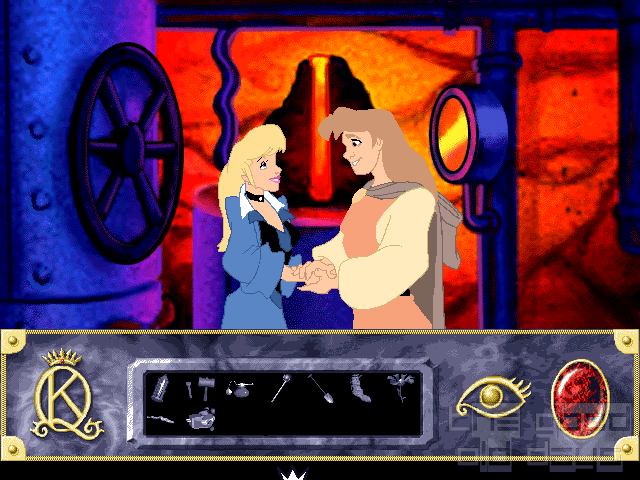 The setup is simple: Princess Rosella of Daventry, nearing the ripe old age of 20, is none too happy about her mother, Queen Valanice, insisting she “put childish things away” and get married. Not only are her potential suitors all colossal bores, but Rosella feels she is not ready for marriage and still wants time to enjoy herself. Gazing forlornly into a nearby pond, Rosella is surprised by a vision of a glorious castle floating amongst the clouds. Her curiosity peaked, she dives in, quickly followed by her panicked mother. Both women are then transported to the Realm of Eldritch, each winding up in a different location. It is now up to Rosella to unravel the mystery of who lured her there and why, and to stop the land from being destroyed by Malicia, the evil fairy in question. Meanwhile, Valanice must track down her daughter's whereabouts before it's too late. Along the way, many good deeds will be performed, many whacky characters encountered, and many sinister plots foiled. All in a days work for seasoned questers.

Some strange furry creature ran past her – maybe it could lead her somewhere? Following that “rabbit”, she discovers a huge stone head with a door in its mouth – a locked door, of course. There are some paintings on the rocks – I wonder, what do they mean? Another mystery to solve, everything is getting more and more complicated. And by the way, Valanice should find some fresh water – it is a desert, after all.

Herr M.:
Originally posted by Mr Creosote at 07:43 on February 12th, 2014:
My memories of trying this are limited to playing this woman in green walking at snail's pace through an endless desert which I immediately got lost in and died. Typical Sierra stuff that far

Mr Creosote:
My memories of trying this are limited to playing this woman in green walking at snail's pace through an endless desert which I immediately got lost in and died. Typical Sierra stuff that far 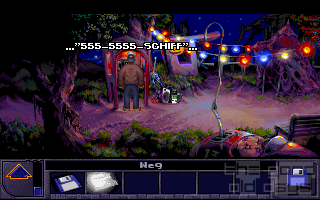