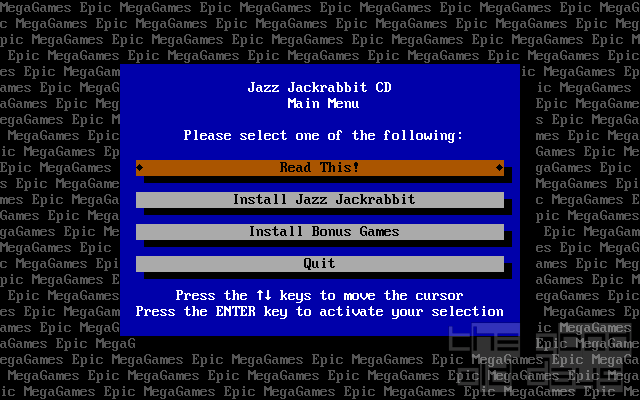 What would happen if you gave Sonic the Hedgehog a huge gun and made him into a rabbit? Well, you end up getting Jazz Jackrabbit. Developed by Epic Megagames in 1994, Jazz Jackrabbit is a fast paced Sidescroller full of enemies to blast and tons of levels. The story is very simple, an evil turtle named Devan Shell has kidnapped the rabbit princess and Jazz is the only one who can save her and stop Deven Shell from ruling the world.

Like most sidescrollers of the era, you move from left to right or right to left in a 2D world. The big innovation is that you can move fast and shoot your enemies with your gun. The default ammo type your gun uses never runs out, though you can also get 3 different ammo types and a TNT powerup for maximum destruction. Like Sonic the Hedgehog, you have a time limit which means you will have to go fast and just like Sonic The Hedgehog, you have to slow down to avoid running into enemies, but unlike Sonic the Hedgehog, you don't pass through checkpoints or the exit sign, but instead shoot the checkpoints and exit signs.

You can get a parrot that flies around and shoots enemies for you while serving as a 1 hit shield (of course he leaves once you get hit once) and you can get a shield powerup that protects you for a few hits (those dot things that fly around you) and there's also an invincibility powerup that makes you unable to get hurt for a short time. In certain levels, you also get this awesome hoverboard that allows you to go around the level in the air while shooting enemies which is pretty awesome. While the main game is 2D, if you find a red gem, you will go to a special stage where you have to collect a certain number of blue gems and the special stages are in 3D. At the end of each episode, you fight a boss and the bosses are actually easy to take care of once you figure out the patterns. In short, the gameplay is epic.

The arrow keys work very well and the controls are responsive. The space bar shoots, Alt jumps, and Control cycles through your weapons, though you can configure your controls if you don't like the placement.

From the opening cutscene to the levels to the main menu, the graphics are very beautiful for a 256 color VGA game. The colors are bright and the scenery and pixel art are very well drawn. The cutscene animations that you get at the end of each episode are also done very well and at times superb. All the sprite animations are smooth and if you play the Christmas episode “Holiday Hare” you also get some snow effects.

The digital soundtrack is perhaps one of the best soundtracks ever for a Shareware game. Back in 1994, many games where still using FM synthesis music, but thanks to the S3M modular file format, Jazz Jackrabbit was able to feature a rocking soundtrack which is still awesome to this day.

Jazz Jackrabbit is perhaps the best platformer to ever be put out for DOS. It has colorful graphics, amazing gameplay, and an outstanding soundtrack to top it all off. If you can find the game in any way, I highly recommend picking it up. (This game isn't very easy to find, though, and most of the copies that do float around on eBay are for the incomplete releases that don't feature the complete episode set.)

batman:
Quote:
The digital soundtrack is perhaps one of the best soundtracks ever for a Shareware game.
Can't remember the Jazz Jackrabbit soundtrack at the moment, but I think all soundtracks of Epic MegaGames' games were just stunning. Thinking of One Must Fall or Epic Pinball, for example.
Herr M.:

I think the greatest thing about Jazz is that unlike Sonic and Co. he manages to at high speed while still maintaining a bit of control. Well, and his weapons of course.

Quote:
The digital soundtrack is perhaps one of the best soundtracks ever for a Shareware game.
Totally agree on that one! I play the holiday special almost every christmas and one of the main reasons for this is the rocking christmas sound track. 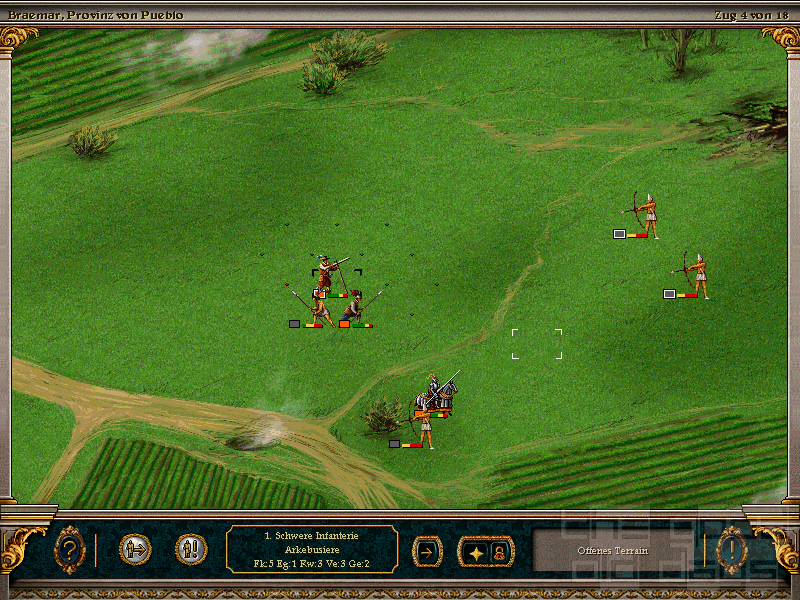