There are some themes which will always belong to the staples of fiction. Exploring a haunted house is one of such mainstays. Look around on this very website and you'll find numerous examples, ranging from good to bad. Today, I will discuss Transparent, a game whose protagonist arrives at such a house as part of a film crew, ready to take some preparatory photos. I guess – player motivation and backstory are largely absent, but this is really not much of an issue as you'll be drawn in soon enough and natural curiosity takes over.

The game takes a rather radical approach insofar that it can be played in very different ways. It basically attempts to simulate a small 'world' and allows the player to shape the events. It is possible to go in, explore the rooms, take pictures of noteworthy settings and leave again – as it is his given task. The game will then give the player a score and, depending on that, end in relative victory. The player can also try to find valuables hidden in the abandoned mansion and run off with them. Or he can try to follow the clues of the apparent haunting to find out what tragedy has occurred here in the past. There is no prescribed path and even those three options are hardly mutually exclusive. Chances are, a first-time player will get a taste of each and can then decide which direction to follow to which extent.

By this virtue, Transparent is one of the few games which offer true interactivity in the sense of allowing the player to shape the story. Within limits, of course, but these shackles aren't nearly as restricting as most authors put them. Best of all, there are virtually no fixed plot points, no big reveals in non-interactive text dumps. Rather than told, the plot is experienced through the interaction itself. This increases immersion immensely, as the player really gets the impression of being in the driver's seat, rather than being forced to take pre-defined actions in a pre-defined, non-negotiable order.

Transparent ran in the annual Interactive Fiction Competition. It's almost customary to draw comparisons with past contestants. The year before, the similar-themed Robin & Orchid received a very good placement. Both games are firmly set in the haunted house genre, both even apply similar central gameplay mechanics. Regarding its storytelling techniques, however, Transparent is the polar opposite. Where the older game detached its plot almost completely from its gameplay, using the game's present only to provide the triggers to the plot which took place non-interactively on a completely different level through an out-of-the-world device – leading to vicious complaints from my side.

This detachment is not present in Transparent. Gameplay and storytelling form a unity. Case in point: the cameras. In both games, the protagonist's main tool is a polaroid camera with which she is tasked to take pictures of various things. Robin & Orchid implemented this meticulously, but it ultimately proved useless, bearing no deeper relevance to the player's progress or the plot. In Transparent, the camera is not only used to increase score, but its flash also plays a central role fumbling around dark rooms. Which, in turn, triggers the ghost appearances. The gameplay mechanic (using the flash to search rooms) drives the plot (ghost sightings) forward without any layer of indirection.

Apart from being a good game with nice, lightweight puzzles paying homage to many classics (the ghost butler taking over the role of Zork's thief, for example), Transparent is therefore an excellent example of how interactive storytelling should be. It's not just a game of guessing what steps have to be taken next to advance some basically static plot. The plot isn't just revealed interactively, the plot itself is interactive. Great! 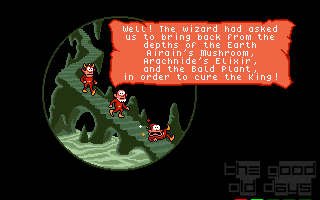