Started computing in the times of punch cards. Mostly into adventure, strategy, role-playing, and simulation games, more or less in that order of importance. Likes to really immerse himself deeply into games, supported by good graphics and music, and forget everything around.

I like Mr Creosote's idea of putting up profiles of contributors, so when he asked me to do one for myself, I wasn't going to say no. The profiles are really helpful in putting a review in perspective. I can't get mad at someone who demolishes Amnesia if all (s)he does in real life is bike, and trek, and play Doom. At the positive end, I'll try any game I read about if the review is by someone who shares my tastes.

I'm mostly into adventure, strategy, role-playing, and simulation games, more or less in that order of importance. I've been around computers since I was 8 or 9, punching holes in IBM cards and then asking a grown-up to run the results - my best hack was something in assembly language that made the terminal beep a lot and then crashed, which is why it got called the Apollo XIII Simulator: nothing worked.

My first criterion for quality in a game is in how far it is capable of blowing me off to some other space and time. That's why I've never played any of the little desktop amusements that have you give Yoda a leg-up between finishing a code segment and going to a meeting. Luckily, I'm easy to please, so after a few minutes of Rick Dangerous, I've left the building as far as the real world is concerned.

Then I like innovation, whether it's through some element not seen before, or a clever twist on something old. That's why I'd rather play A Mind Forever Voyaging than Everquest, never mind the gorgeous graphics.

Graphics, in large quantities, and really, really well done, I love. Mainly 'cause they help me a lot to get into 'gone fishing' mode, but also because they can lift an otherwise not so interesting game to a higher level of anticipation. Example: you won't catch _me_ bitching about disk-changing nightmares like Phantasmagoria or The Beast Within. At 2 in the morning, with the lights out and the headphones on, I'll change disks till my fingers fall off, as long as the show goes on.

I originally started my disastrous career in life as a musician, and at some stage learned a lot about the joys of sequencer-based editing. So I sympathise with those who had to squeeze their soundtracks in with late '80s titles, but - if it isn't Gabriel Knight or Tomb Raider quality - the first thing I usually do is to turn off the music. I won't knock a game for having bad sound, but I sure up the general score if it has quality music.

If you're going to read anything I've written, please bear in mind that I tend to give anyone and anything the benefit of the doubt. I know there are some games that really are hopeless duds, but I'm reluctant to say so, 'cause I don't know the circumstances in which the game was created. On the other hand, I'll try to avoid splashing a 6 on a game, just because it matches my particular taste criteria.

That's about all any visitor here could possibly be interested in. On a personal level I'm clean, handsome, rich, and kind to children and other small animals, but I'll take that to HotOrNot. 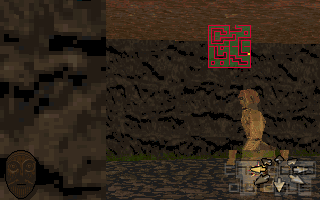