Hearing the name C16, many people will automatically consider this machine the 'smaller brother' or even the predecessor of the C64. That is a false belief though.
It all becomes clearer when you hear the official name of the product line: Commodore 264 series. It was launched in 1984, i.e. two years later than the C64. The 264 family was meant to compete with the immensely successful Spectrum line from Sinclair in the low cost market. This may sound a bit strange today: the C64 was still a kind of luxury machine!
Most of the devices used with this line (floppy, tape drive) were actually identical with the ones used for Commodore's earlier machines such as the C64 or VC-20. That didn't mean the games would run though and that became the system's biggest problem...

Three models were released almost at the same time. The C16 was the basic one. It had only 16 KB RAM and lacked the 'multimedia power' of the C64 in some ways: It didn't have the extra chip for sprites and sound was more limited, too. It was built into a normal C64 case and thus looked almost identical.

The C116 was actually identical with the C16 apart from the outward appearance. It was the 'low-cost model' of the line. To save costs, Commodore didn't use real keys, but used ones made of rubber, just like on the Spectrum. The case was 'borrowed' from the Plus/4 (only a bit smaller) and therefore looked quite a bit better than the C16.

The 'high-end' model of the 264 family was the Plus/4 (originally called C264). It had a huge RAM of 64 KB, but was otherwise similar to the C16. That means it couldn't compete fully with the C64 as a gaming computer. On the other hand, it indeed had quite a few advantages. It had four applications built directly into the ROM. Furthermore, it had Basic 3.5 (as opposed to 2.0 on the C64) which made it way more powerful for programmers.
So the Plus/4 was actually a kind of hybrid machine between gaming and office use. In both fields, it was inferior to its specialized competitors though, so it never got its breakthrough in any. Still, the Plus/4 was by far the most successful of the 264-machines!

Two models of the 264 line never made it to mass production. The C232 was a shrunk down version of the Plus/4 with 32 KB RAM. Commodore probably noticed they already had enough different powered models

I don't know much about the C364 to be honest. It was probably meant to be the successor of the Plus/4. Seeing how the machine didn't make it in the office market, Commodore added some more nice multimedia capabilities again. Most noticably a speech synthesizer! Really not bad for the time

So why didn't the C264 family make it? Wrong question, because it did. The Plus/4 became one of the best-selling homecomputers ever! Why is it not so well-known today then? Most likely because the direct competitors were even more successful.
Commodore had planned to compete with the Spectrum, but it mainly took away its own potential customers from the C64 instead. A miscalculation of the worst sort.

Furthermore, this line was maybe just too 'undecided' about its purpose. The Plus/4 is the best example for that. The keyboard layout was great, it could have indeed served as a 'digital typewriter'. But the included word processor just wasn't all that great again. On the gaming side, it had quite a broad colour palette (128 colours), but not the animation capabilities of its competitor.
From today's point of view, this is of course quite interesting. If you compare it to today's situation, you have 'allround' machines (PCs) and gaming consoles. The PCs might be weaker in some aspects, but they're the biggest market even for games. Back in the 80s, the allrounder couldn't make it though.

For more information, tons of games, demos, apps, emulators and a forum dedicated to the Plus/4, check out <a href="http://plus4.emucamp.com" target="_blank">Plus/4 World</a> - by far the best Plus/4 site on the net! 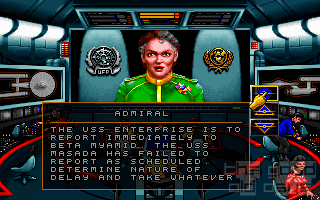