Hi,
I come from the Isle of Man which is situated roughly between Belfast (N.Ireland) and Liverpool in the Irish Sea.The Isle of Man is famous for the T.T. (Tourist Trophy) motorcycle races held annually in June.
My first computer was a Vic 20 (5k of memory, can you believe that) which I bought with my 1982 tax rebate. This was followed by the Commodore 64, the Amiga 500 and an Amiga 1200 (which had a whopping two megabytes of memory).
The Amiga was a great machine and it was only in 1994 when the Amiga was dying that I bought my first PC (a 486, remember them).
Now that I am into the Pc I can not see me changing to anything else as there is so much more you can do with a Pc to breathe new life into a game with the advent of the internet (trainers if your stuck, new maps or mods for your game and so much more).
My top 5 games would have to be as follows:
1 - Heroes of Might and Magic III (PC)
2 - Football Manager 2006 (PC)
3 - Jack Nicklaus 6 :Golden Bear Challenge (PC)
4 - G1 Jockey 3 (Playstation 2)
5 - The Kick-Off series (Amiga)
As you can see there is a Playstation 2 game in there as I used to own one, but as good as it was, once you had played most of the games that was it, there was no reason to go back to them, unlike PC games.
Football is my passion and I played the game for 30 years in my local league, but unfortunately time has caught up with me and my body no longer wants to play. I still watch football on tv, but I am becoming disillusioned with all the play acting and cheating that goes on, it spoils the game.
As is obvious from my top 5 games (4 out of 5 sports games), I like sport in general and now that I am no longer able to participate I spend my time watching a lot of sport on tv. Also I like to watch Sci-Fi (I have been an avid Dr. Who fan since it was first shown on the BBc in black and white in 1963), but the rest of tv with it's reality shows bore me.
Books are another hobby of mine and I mostly read fantasy or horror novels. Like games (but more so with books as they do not do everything for you and you have to use your imagination) books can transport you to another world, escape reality for a short time, which is good as long as we realise there is still a real world (no matter how bad or boring it may seem at times) that we have to live in.
That is me in a nutshell, nothing more to say. 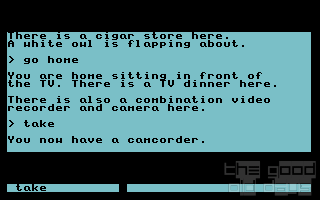